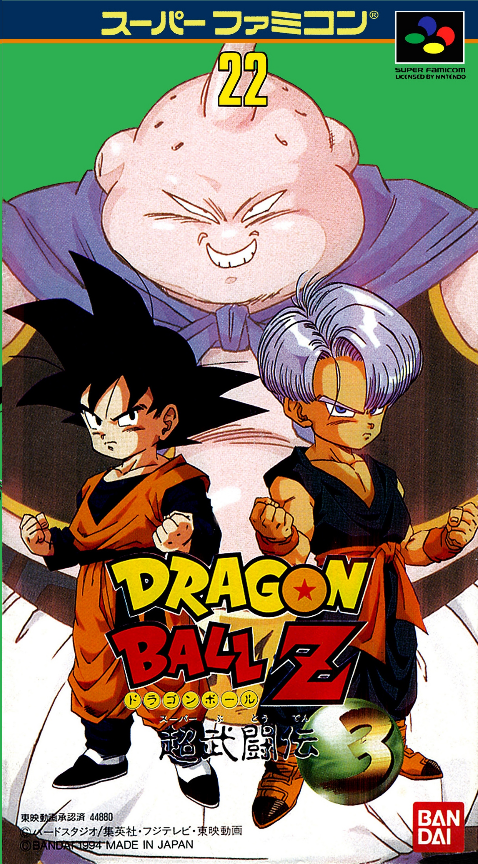 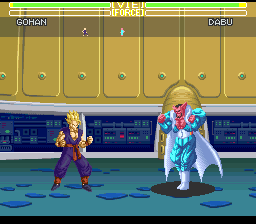 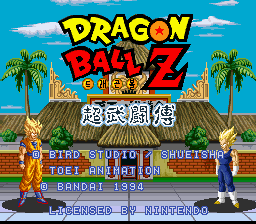 Dragon Ball Z: Super Butouden 3 (known as Dragon Ball Z: Ultime Menace in France) is the last installment to the Super Butoden series for the SNES, which in this occasion is based on the Majin Buu saga. Avaliable charachers are Goku, Goten, Kid Trunks, Majin Vegita, Junior Gohan, Kaiohshin, Majin Boo, Darbura and C-18, plus another one available as a secret character: Future Trunks. Split screen mode is maintained, but now you can now fly up or down while on the same screen as your opponent. You can also struggle with your rival pushing with your arms together to test your button smashing abilities, or execute new Meteor Combos. Scenarios will also be different (mainly based on Buu saga) and will include alternative versions of themselves with different times of the day as well. The game allows you to take part either in a 8 player martial arts tournament with an eliminatory system or to make single combats against the CPU or another player. This makes Super Butouden 3 the only game of the series without a Story Mode,. It can be explained by the fact that when the game was released the Buu saga was still on a very early stage in Japanese TV. 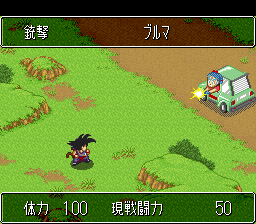