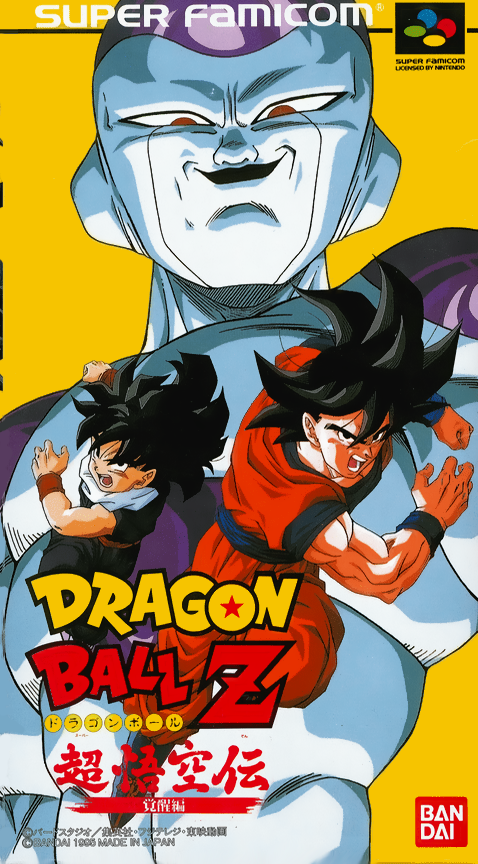 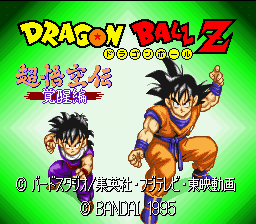 This is a direct sequel to the first "interactive fighter" for SNES, based on the popular manga/animé series Dragon Ball. The game picks up the story where it ended in the previous game, and continues through Piccolo, Saiyajin, and Freezer sagas of the manga. After the battle with the Demon King (Daimaou) Piccolo, the twenty-third World Martial Arts Tournament is about to begin. But to the amazement of the hero Son Goku and his friends, their archrival Piccolo appears during the tournament, so that it quickly turns into a genuine battle. You control Son Goku and his son Son Gohan, switching between them as the game progresses. The game is basically an interactive comic book in which you can influence the story by choosing to press a button when the game prompts you to make a choice. You'll also participate in battles. The battle system is similar to rock-paper-scissors game, where one kind of move always beats or always loses to another. You can dash into your enemies, attack physically, and perform special moves, pressing the buttons in real time (although the battles are divided into turns). 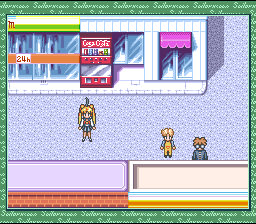