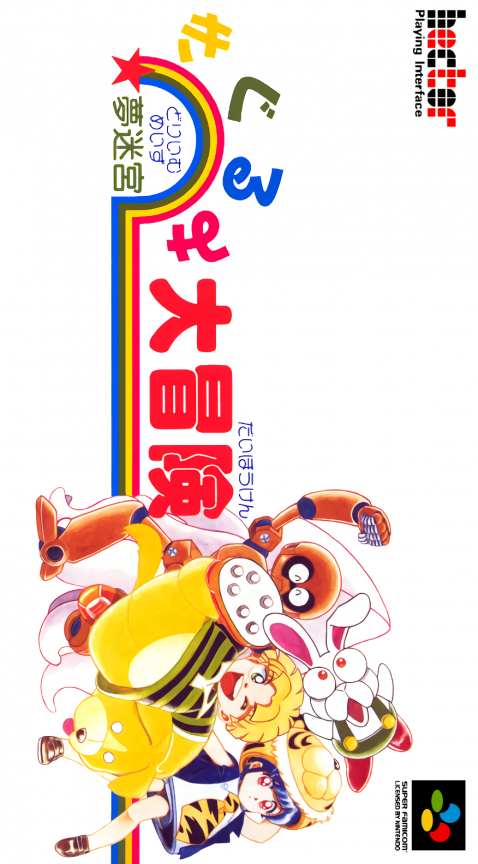 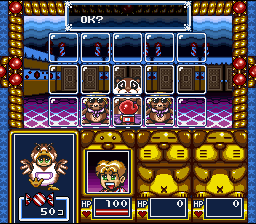 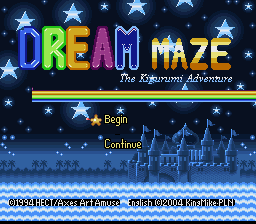 A young boy has a strange dream every night, where a voice calls him. In this dream there's a magical kingdom called Enderia. The queen of Enderia and her daughters were kidnapped by the demon Akuma, who now reigns supreme. The boy must enter the dreamworld, defeat the demon and rescue the nobility. Yume Meiky?: Kigurumi Daib?ken is a first-person dungeon crawler with step-movement and random encounters that plays like a simplified version of the Dungeon Master series template, albeit with a turn-based engine. One of the main differences is the presentation: instead of the usual dank and dark dungeon with grim walls covered by rusty chains, this game has surfaces made of cake and candy. Instead of skeletons and orcs as enemies, it features furry and cute anthropomorphic animals. Once defeated, these creatures occasionally leave behind their skin, which the hero can collect and wear for a change in statistics and new abilities. They also sometimes drop candy, the game's currency. There are several shops on each level: a tailor shop to change and store skins (it is possible to carry a maximum of six skins), shops for potions and health boosts, etc. When a random enemy encounter occurs, a menu with the options of fighting or escaping appears. After choosing to fight, another menu pops up, which includes the commands Punch, Kick, Talent, Defend, and Item. After choosing either of the first two the player is presented with a grid where an icon (a fist or a foot) can be positioned over a part of the enemy body. This provides a strategic element to the game, as different enemies have different weak spots that can be exploited. The Talent option accesses the special ability that a skin may possess.