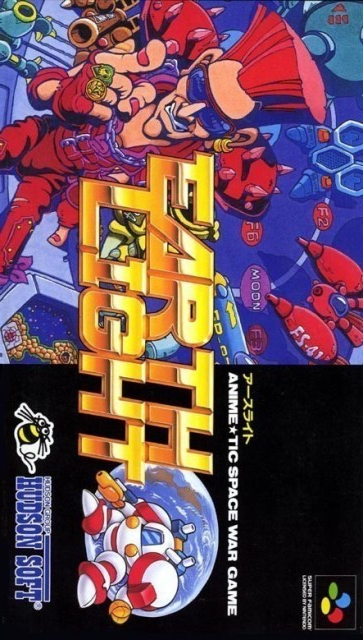 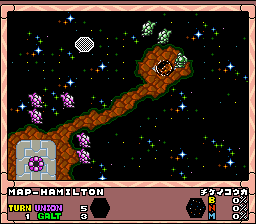 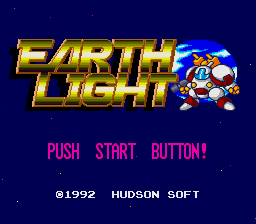 Upon its release in 1992, Earth Light was a bit of a novelty in the realm of turn-based war strategy games. In Earth Light, the entire arsenal of weapons and troops at your disposal were decidedly "cute" and cartoon-like in appearance (fittingly adorned, I should add, in wardrobes of powder-blue, canary-yellow, hot-pink, lime-green, and sugarplum-purple). Yes, Earth Light featured purple space cruisers, pink artillery cannons, and lime-green MECHs. This unabashedly cheerful approach to war gaming contrasts sharply with the more "serious", "somber", "gritty" and oftentimes clinical atmosphere commonly found in today's (and yesteryear's) war simulations. Earth Light is cute, through and through (except for the just plain goofy antagonist who stars in the cinema screens