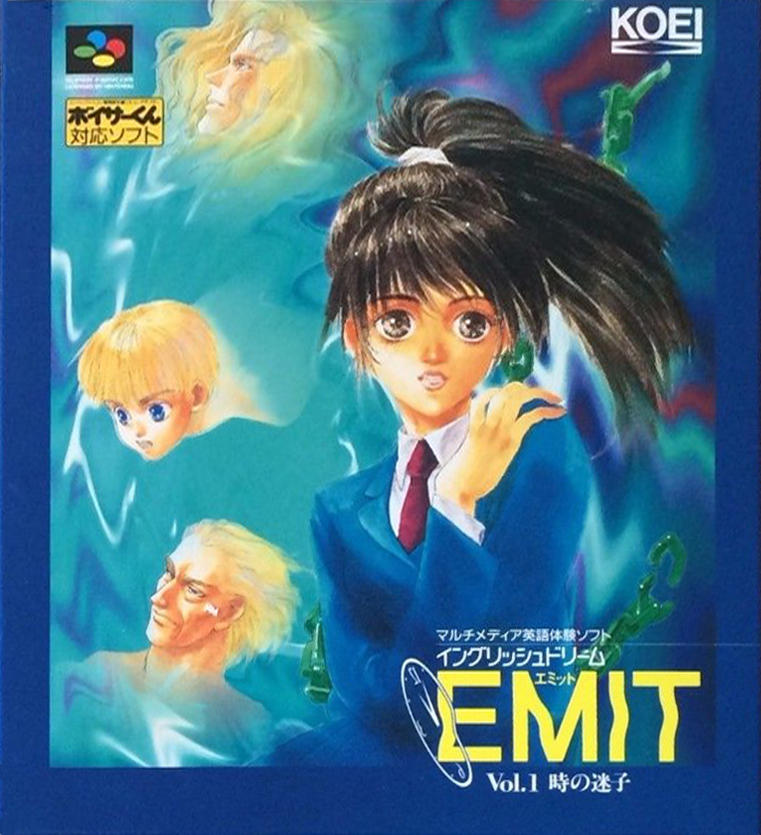 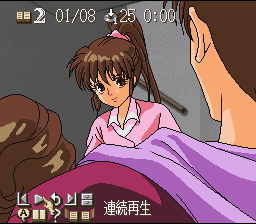 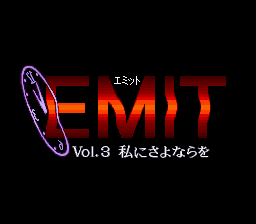 EMIT Vol. 1: Toki no Maigo ("Lost in Time") is the first in a trilogy of adventure games about a young girl, Yuri, who bumps into a strange old man looking for a watchmaker's one day and eventually gets caught up in a time-travelling situation. The game is novel for its use of CD audio, where the player would skip to the correct track when prompted by the game for background music and voiceover, and for its combination Japanese/English subtitles which provided the game's secondary use as an English language teacher. It was released on a number of systems in 1995 and followed by two more chapters: EMIT Vol. 2: Inochigake no Tabi and EMIT Vol. 3: Watashi ni Sayonara o.