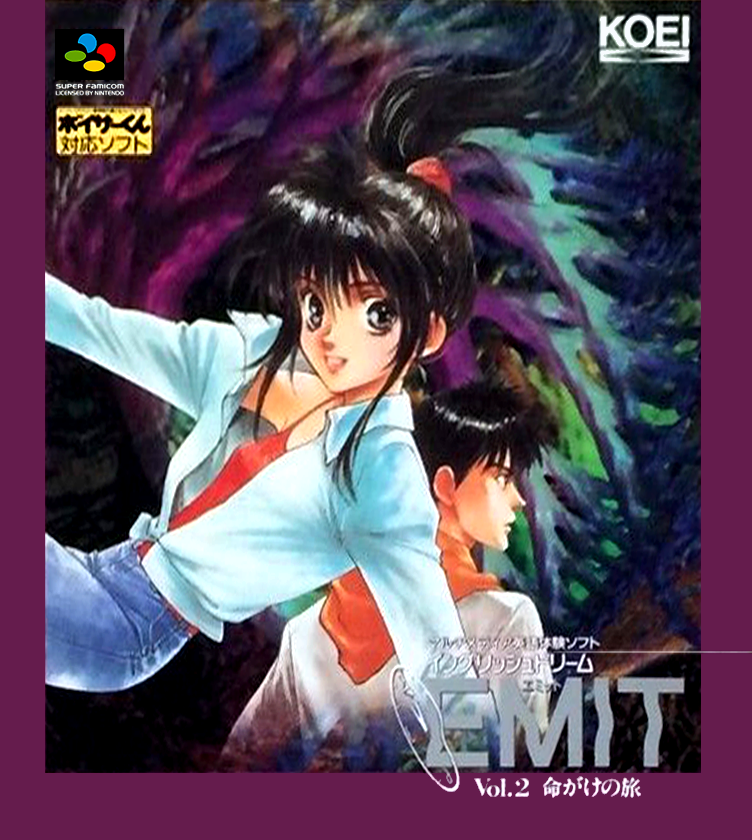 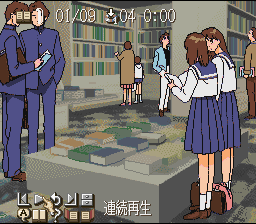 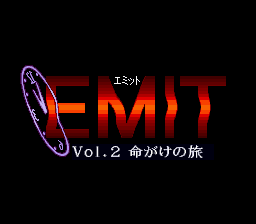 EMIT Vol. 2: Inochigake no Tabi ("Desperate Journey") is the second game in the EMIT trilogy for various systems. It continues the plot from the first game, building on its events regarding the schoolgirl Yuri and a time-travelling mystery she works to uncover. As with the first game, the game offers both English audio and subtitles, allowing Japanese players to have any combination of Japanese and English language options to help them learn the latter. The game was released with an audio CD that is meant to be played simultaneously with the game, with track prompts that the player skips to before continuing the scene. EMIT Vol. 2: Inochigake no Tabi sits between EMIT Vol. 1: Toki no Maigo and EMIT Vol. 3: Watashi ni Sayonara o. 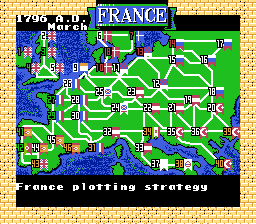