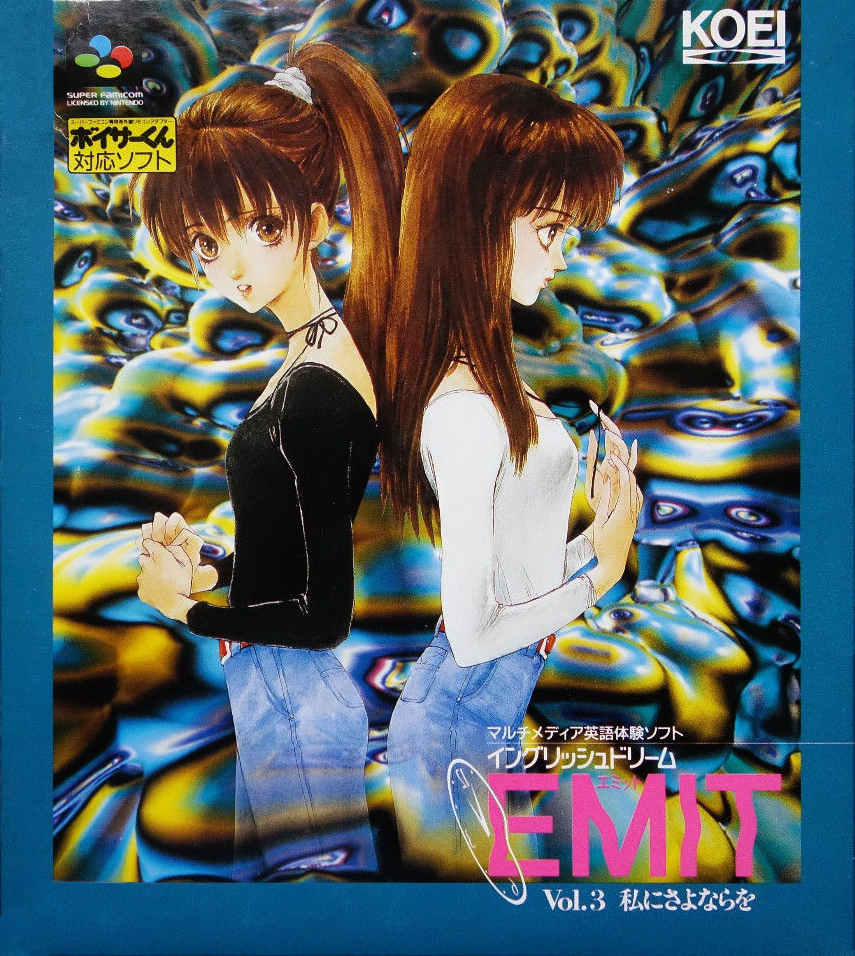 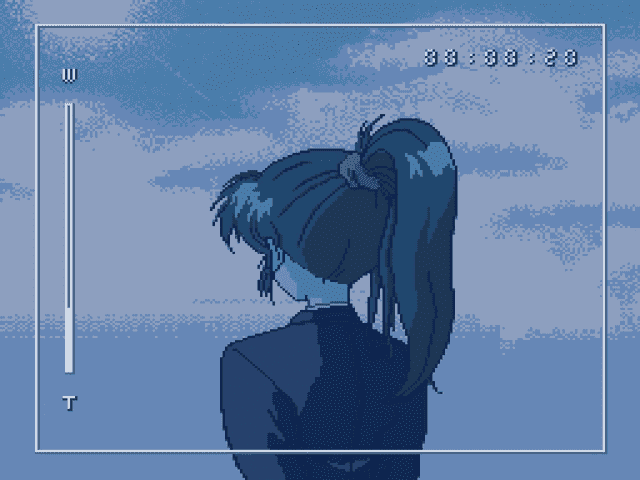 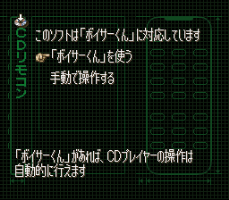 EMIT Vol. 3: Watashi ni Sayonara o ("Farewell to Me") is the third and final game in the EMIT series of visual novels from Koei. It follows from the end of the second game's plot and concludes the story. The EMIT series is designed to teach Japanese students their English: both English audio and subtitles are available and can be combined with Japanese audio or subtitles. The game itself has no audio, however: instead the player uses an audio CD on a separate device and skips to the appropriate track when the game prompts it.