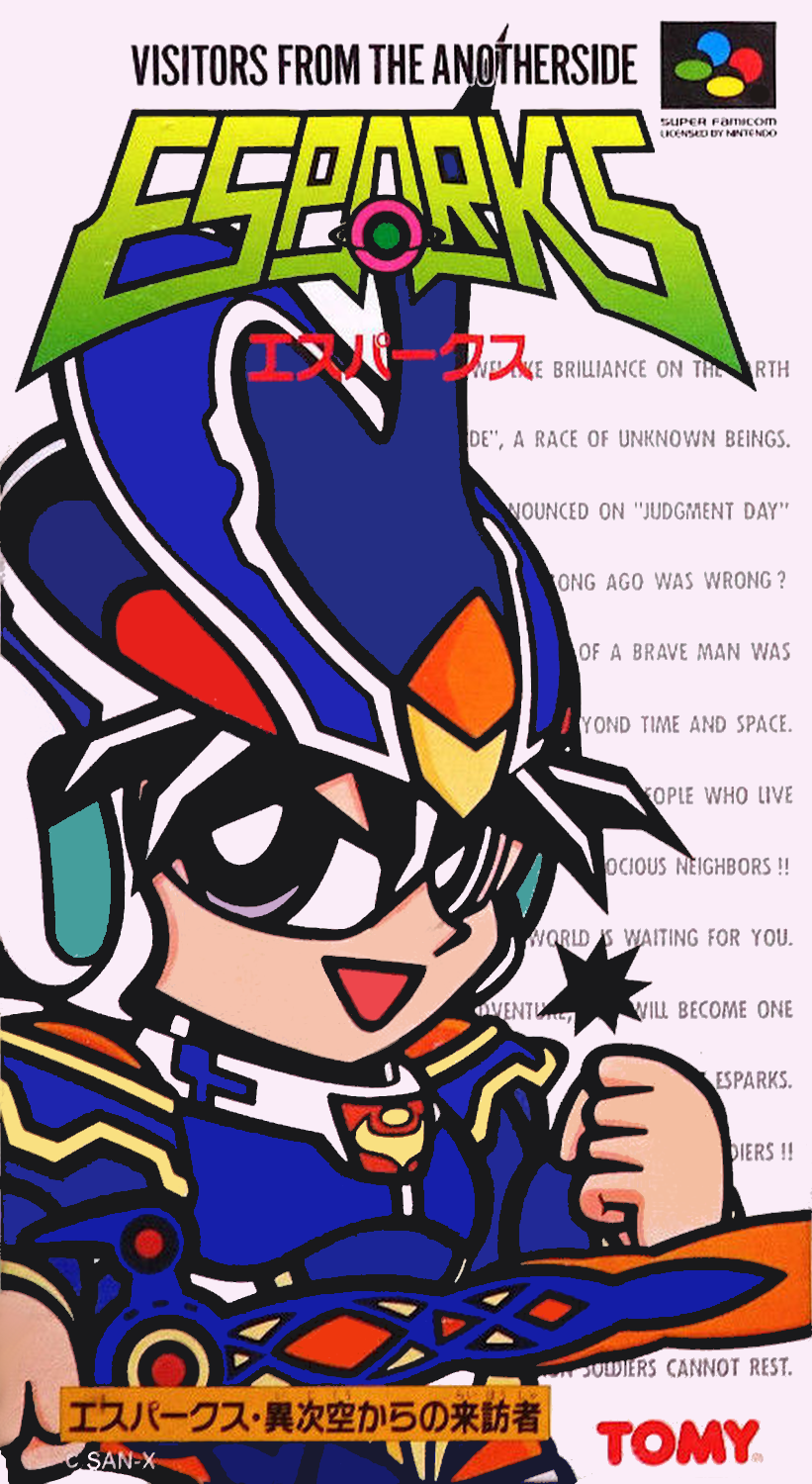 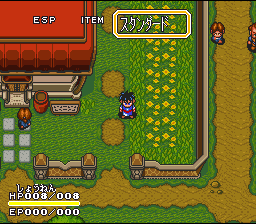 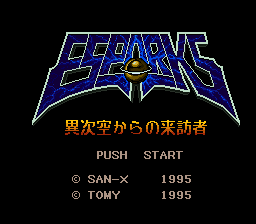 Esparks: Ijikuu Kara no Raihousha ("Esparks: Visitors from a Different Space-Time", though the box itself says "Visitors from Anothertime") is a top-down action-RPG that resembles The Legend of Zelda: A Link to the Past and Secret of Mana. The player, as a character they name themselves, acquires the amazing powers of Esparks after his family is captured by a mysterious villain. Along with his companions, he moves across the world and eventually backwards and forwards through time to track them down. The combat is all in real-time, with the player slashing at monsters with a futuristic blade of light. Esparks is the mascot of a stationery brand in Japan owned by Tomy, the game's publisher. It was previously used for a video game in the 1994 Game Boy title Miracle Adventure of Esparks.