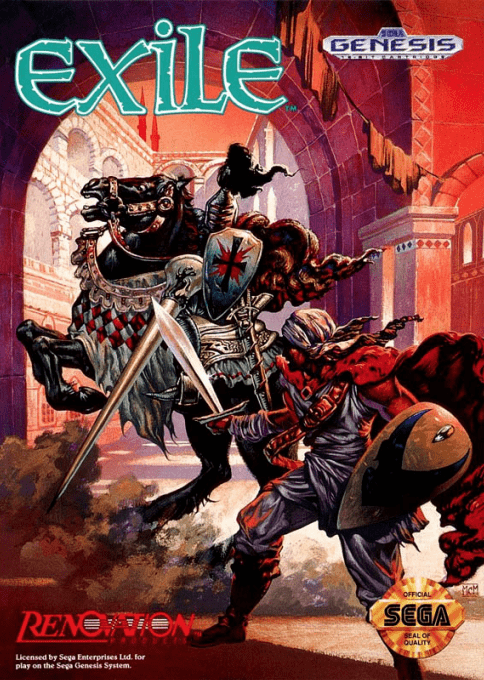 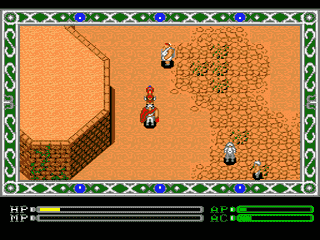 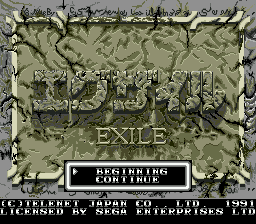 Exile concerns the desert adventures of Sadler, the great hero whose revolt years before led to the downfall of a powerful empire. Recently, however, peace was broken in Sadler's home country, as the rival Luciel empire has been launching attacks on the Village of Dunes. Exile is a hybrid action/role-playing game. Travel and exploration occurs in the traditional overhead view of RPGs, while the battles and dungeons are side-scrolling mazes, similar to Wanderers from Ys. Characters gain experience and levels, buy equipment, and use magic. 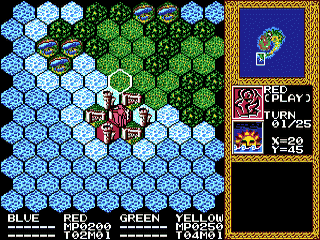 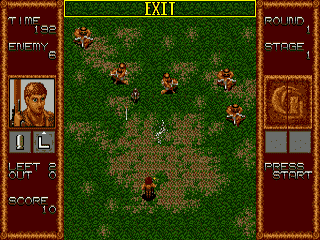 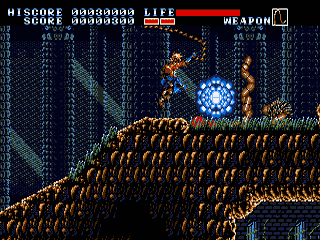 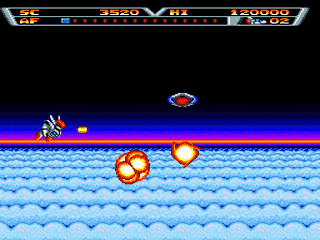