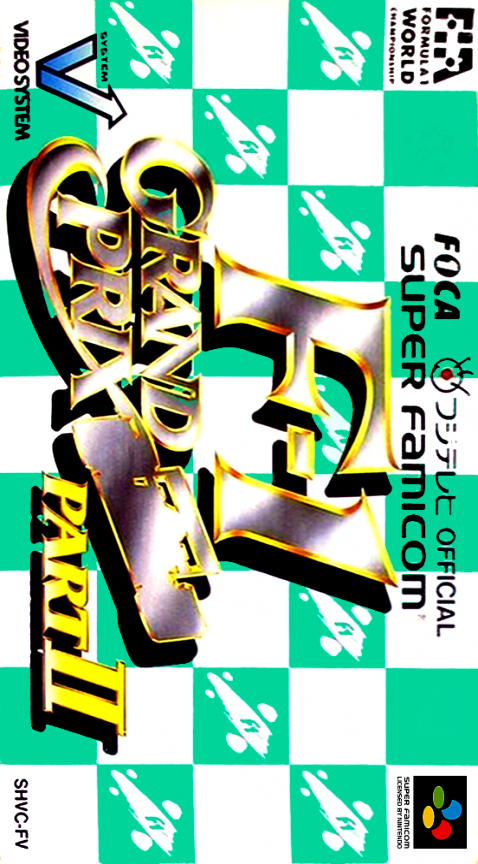 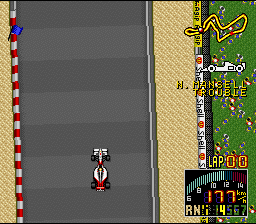 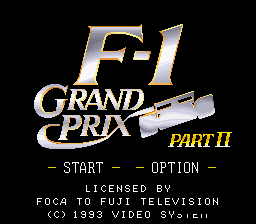 F-1 Grand Prix Part II is the second game in Video System's F1 simulation series. Like its predecessor, the game uses actual Formula One teams and drivers based on the 1992 season of F1, and is licensed by FOCA and Fuji TV. Players can follow a story mode (exclusive to the Super Famicom version) with sequential races or a world circuit that travels all across the globe. There are also modes that let players race on single circuits of their choice, either aiming for a best lap time or simply for practice.