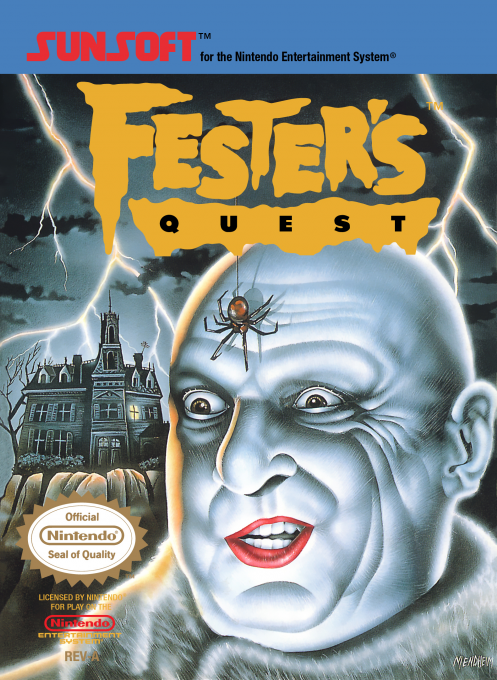 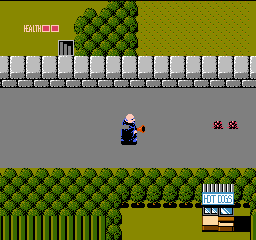 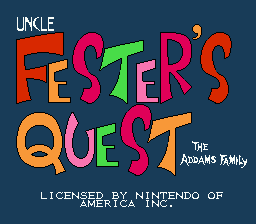 Uncle Fester was out one night, moonbathing in the yard of the Addams Family property one day when suddenly, out of the sky, a UFO descended and started beaming alien creatures to the planet. Grabbing his gun, Fester sets off to stop the aliens and slay their boss creatures, encountering other Addams Family members along the way who will aid him. Fester's Quest is an overhead-view game in which Uncle Fester uses his gun, or later, a whip to attack enemies near him. Enemies drop money and power-ups. The money can be used at Hot Dog stands to replenish health. A variety of items can be collected, each with a different effect. Fester and the rest of the Addams family are based on their characters from the popular 1960s TV show (this game was made before the remakes in both series and movie form).