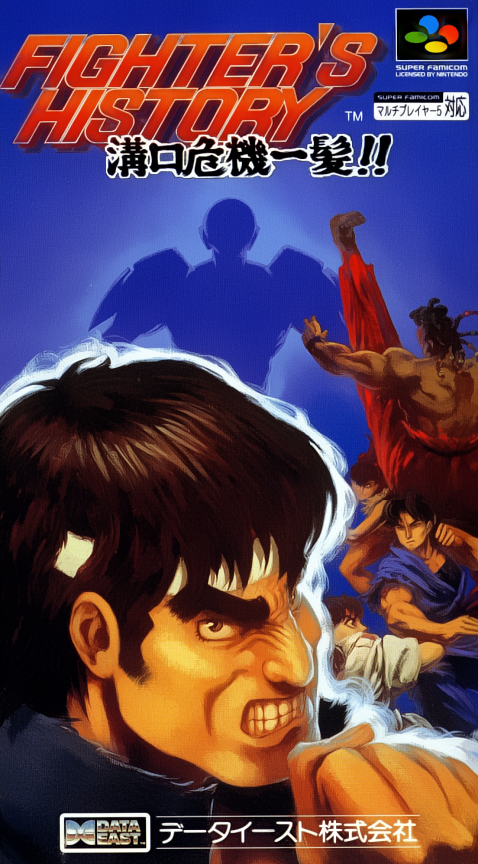 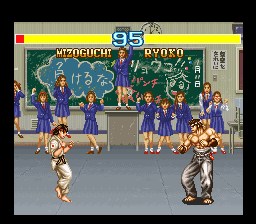 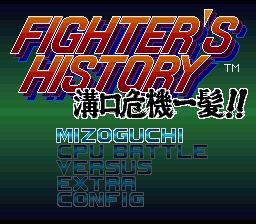 A sequel to the original Fighter's History. Originally meant to be the Super Famicom port for Fighter's History Dynamite (known in the US as Karnov's Revenge), it was instead modified to be a vehicle for Fighter's History's breakout character Makoto Mizoguchi. The game features multiple modes. The main story mode involves Mizoguchi chasing down a mysterious masked character after he disparages Osaka's takoyaki, of which Mizoguchi is fiercely protective. Mizoguchi then travels around Japan in pursuit, fighting the other characters for various contrived reasons. There's also a CPU Battle mode in which the player progresses through a more traditional "Arcade" mode with any character they wish. There's also the standard Versus mode for up to two players. In addition, the game has a Survival Mode (survive as long as possible against an endless string of opponents), a Tag Mode (either combatant can hover around the edge of the screen to switch to a second character) and a Practice mode.