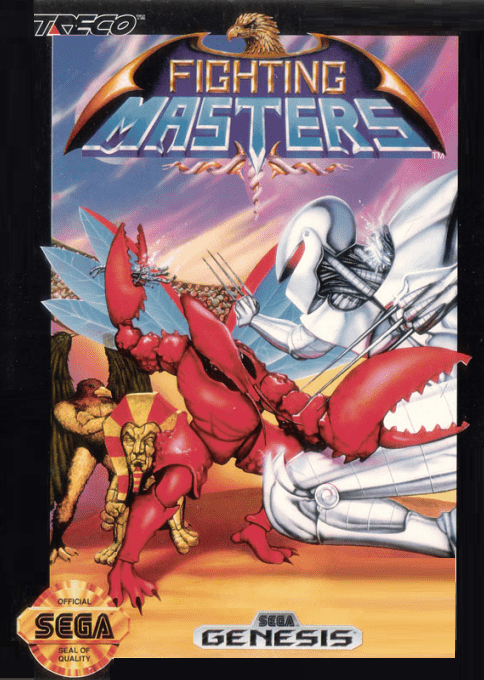 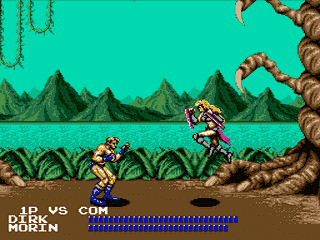 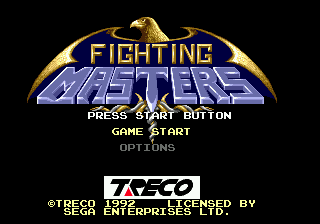 A giant red sun is about to go supernova in a few hours and the blast will affect many star systems in the galaxy. An omnipotent race known as Primaries offers to save the inhabitants of one of the twelve star systems. Each star system sends a warrior to compete in a tournament to preserve their star system. Fighting Masters is an early one-on-one fighter with limited controls. Three buttons are available in the game: block, attack and jump. The D-pad cannot be used to jump directly. Instead, the player has to walk in a certain direction and then press the jump key to perform it. Although there are no combos available, the attack key offers different moves and a few special moves are available as well. Most of the fighting leads to holds from which massive damage can be inflicted by dropping the opponent or throwing him against the wall. Twelve different fighters have available. Aside from the moves, some are also faster or come with more powerful attacks. The game modes include matches for one or two players and a watch mode to view a computer-computer fight. 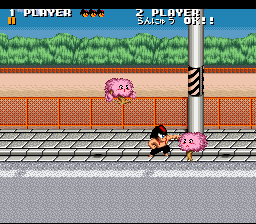