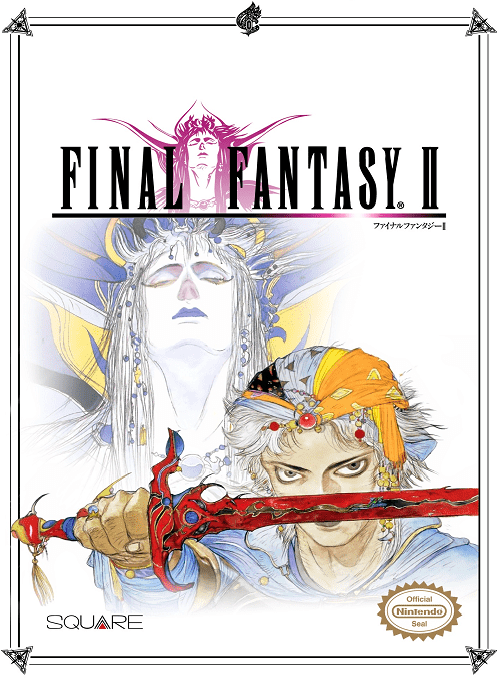 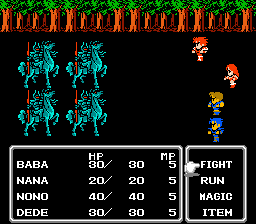 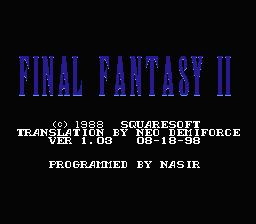 The Paramekian Empire decided to take over the world. Its soldiers and Dark Knights persecute innocent people, burn whole villages, hunt down brave warriors. Now Phin, the homeland of the four heroes, has been destroyed by the evil empire. Only four young warriors could escape, three men and one girl. On their way to a neighbor town Altea, they were attacked by the Dark Knights. Three of them were brought safely to Altea by the order of the rebel army. But one has not yet been found... Final Fantasy II (not to be mistaken with Final Fantasy IV, released in USA as "Final Fantasy II"), like its predecessor, is a top-down role-playing game where you travel through the overworld, fighting baddies and buying things and resting in cities. It features round-based combat (you input menu commands for the whole party, and then watch the combat round unfold). It has an unusual character-building system: there are no classes and also no levels, but characters grow stronger by performing the same action over and over. Get hit a lot and your HP will increase; cast more spells and your intelligence will raise (but your physical power might decrease), and so on. Weapons and spells, on the other side, can be leveled up. The more you use a certain type of level, the more proficient the character who uses this weapon becomes; the more you cast a certain magic spell, the more damage it does.