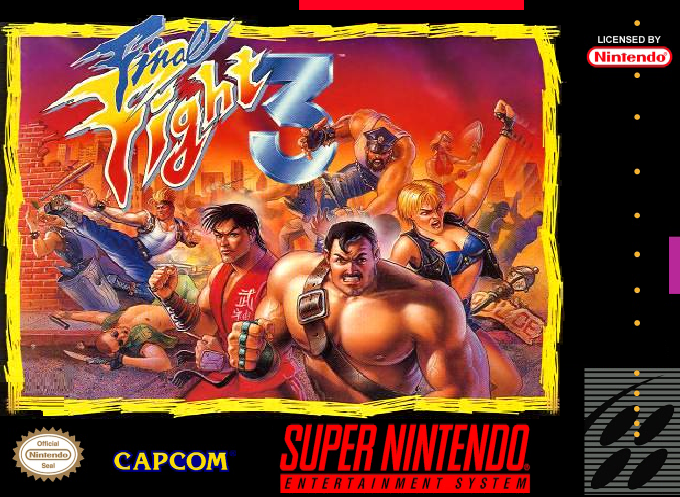 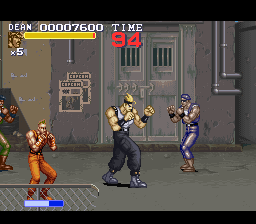 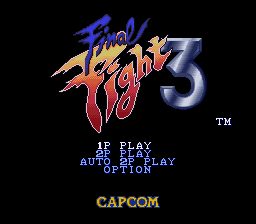 Final Fight 3 is almost identical to the previous two SNES installments. The Mad Gear gang was destroyed and with this, the Skull Cross gang has gone rampant in Metro City. Now, it is up to mayor Mike Haggar and Guy (along with the newcomers Dean and Lucia) to stop them once and for all. Like the previous games, this game is a side-scrolling fighting game (i.e. Double Dragon, Streets of Rage). Instead just using various punches, kicks and special attacks, you can also use various melee weapons that are just laying there on the street. Such as bottles, lampposts, metal pipes, barrels etc.