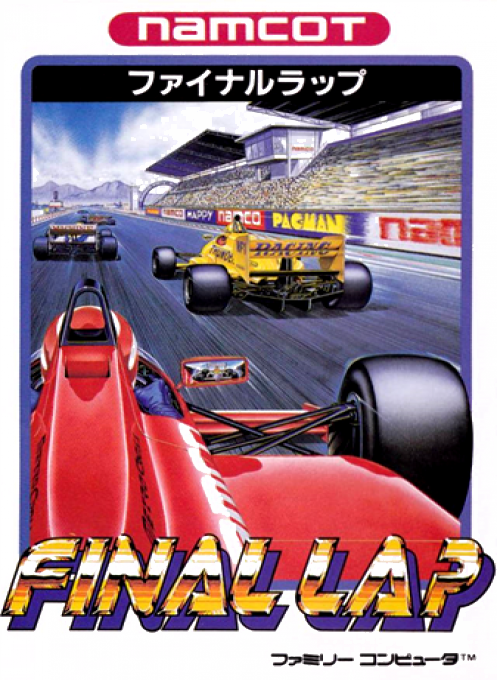 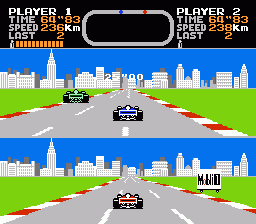 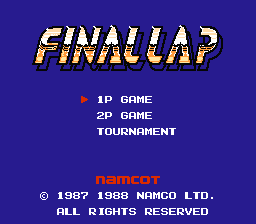 Final Lap by Namco is considered by many to be the spiritual successor to Pole Position. This fairly straightforward Formula 1 racing game features a one or two player mode which is raced via split-screen. Up to eight players can take turns playing in a tournament mode. The initial race takes place on an oval track in New York while subsequent tracks with more challenging turns and corners will take players all over the world; from Mexico to Monaco. Each car can be upgraded before a race with allotted points to customize the tires, engine, brakes, and nitro. Nitro is kicked in by pressing up on the control pad. Colliding into competitors will bump your car back but sliding into billboards on the side can cause your vehicle to spin out.