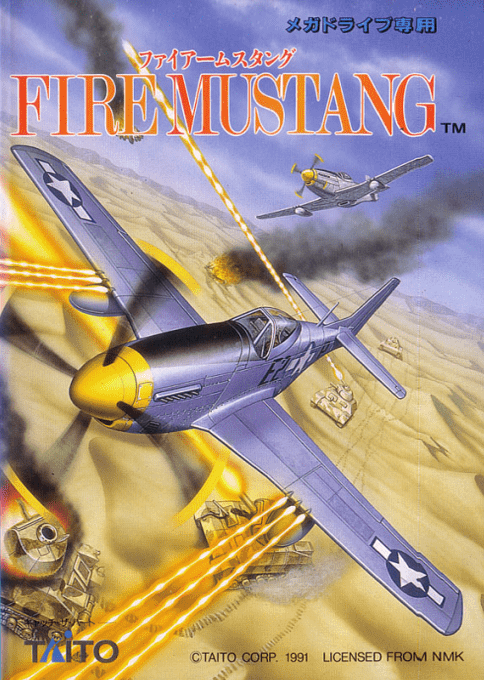 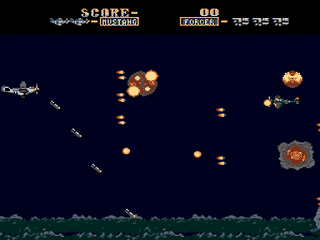 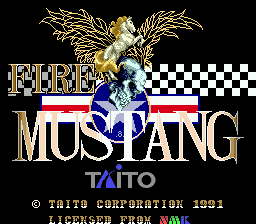 Fire Mustang is a fast side-scrolling shooter set during World War II. The player controls a P-51D Mustang plane through different missions, with many enemies on the screen at the same time and a large aircraft as a boss at the end of every mission. The Mustang has an unlimited amount of bullets, but one hit is sufficient to lose a life. There are different power-ups to collect, providing additional fire power and new firing patterns. Regardless of the power-ups, the Mustang shoots forward and drops bombs to the ground at the same time, targeting ground troops. There is a limited amount of forgers, large blasts damaging many enemies at once.