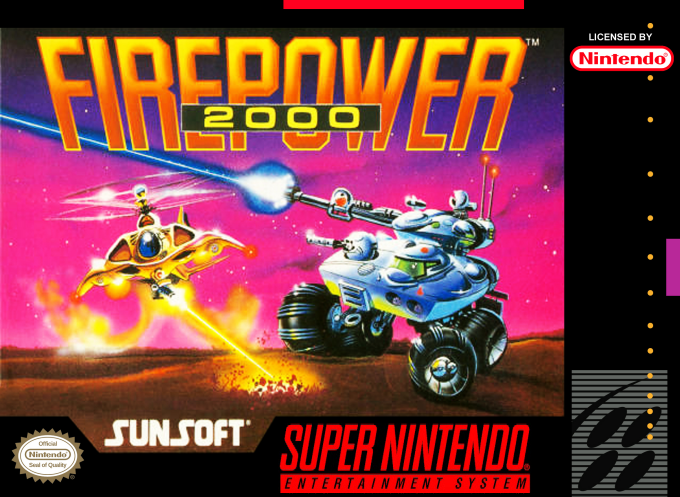 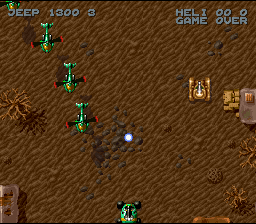 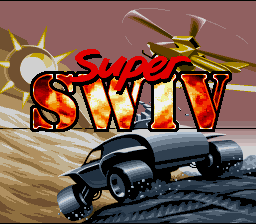 A secret "underground race" on an island in the mid-Atlantic ocean has stolen top military vehicles and equipment from around the world and have rebuilt powerful war machines from them. They are even piloted by robots with one mission: to destroy. Military and intelligence officials of major countries have detected them, but they are afraid that they will be unable to prepare against an assault by this underground race. Their plan is to send you in to infiltrate their base and destroy them before they have a chance to unleash the war upon the rest of the world. You can choose to control either the Helicoptor or the Jeep, which have different advantages -- for instance, the Helicoptor is not obstructed by obstacles but the Jeep can fire in any direction. There are nine weapons (five permanent, four short-lasting specials) you can pick up along the way to help you destroy the enemy.