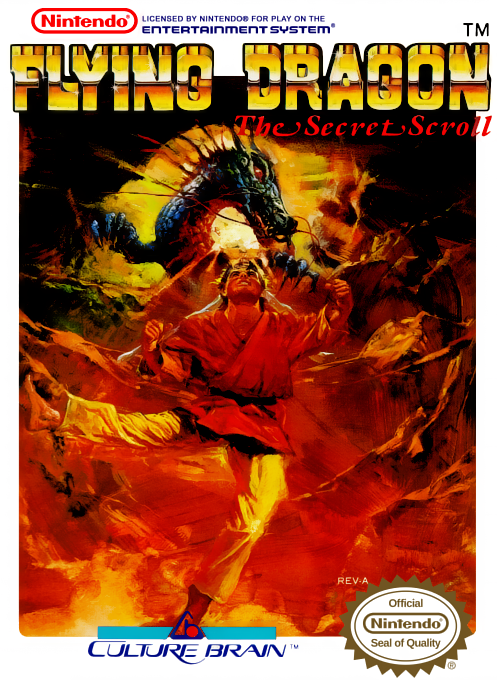 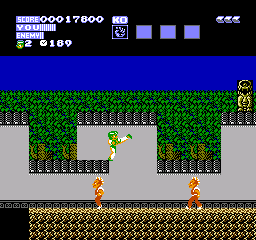 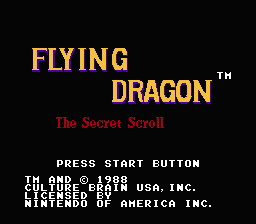 The grand master Juan was robbed of the secret scrolls of Hiryu-no-Ken, which is the ultimate kung-fu stance that gives the impression of a flying dragon when in effect. Luckily Juan has entrusted the remaining scroll to his worthy student, Ryohi. Juan's last request was for Ryohi to visit Shorinji. Gengai, the bishop of Shorinji, took the young Ryohi under his wing. Six years later, a letter of challenge is sent from the Tusk Soldiers, who are the enemies of Shorinji, The letter mentions the upcoming "World Tournament of Contact Sports". Ryuhi decides to take part in the tournament as a representative of Shorinji. Ryuhi also hears from Gengai that it was the Tusk Soldiers who robbed Ryuhi's master of his scrolls and now Ryuhi plans on getting them back. The player controls Ryuhi. During the side-scrolling portion of the game the player can use kung fu to dispose of enemies. There are also miniboss type enemies (the screen turns black when they appear) that must be defeated because they drop items that must be collected in order to continue on. The items they drop go in a sequence of power-ups which will eventually allow you to get a key to exit the level. There are some one on one duels during fighting tournaments that involve hitting a target on an opponents body while defending the target on Ryuhi's body.