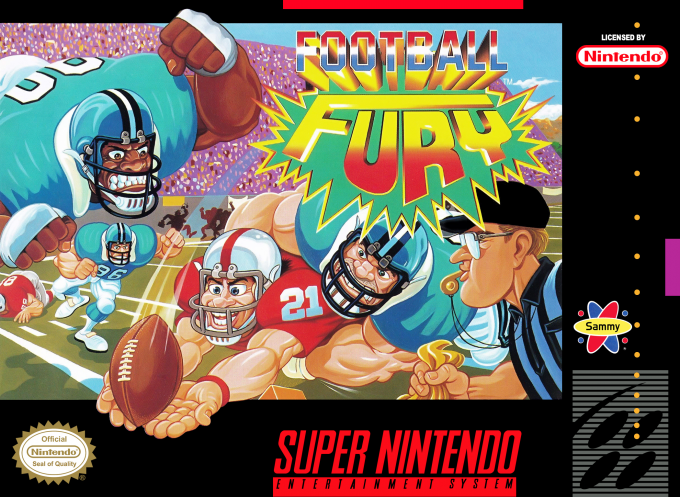 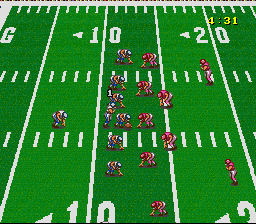 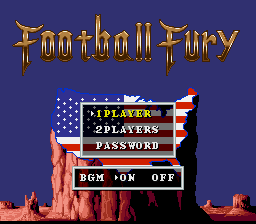 An American Football game featuring fictional teams. Even though, the teams are fictional, they are based on the real NFL team cities and the division setup of that time period. Gameplay involves the usual football fare of choosing a play and attempting to execute it. On offense, when throwing the football, a meter appears which measures the strength of the passer's throw. On defense, the player controls a defensive player and tries to tackle the opposing ball carrier or attempt to break up a pass play. There is an option to either play with the background music on or off. 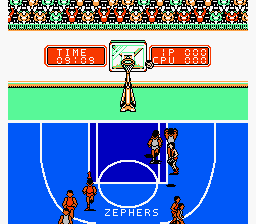 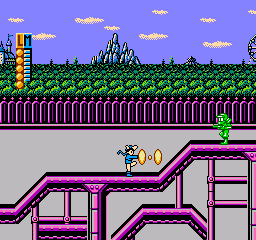 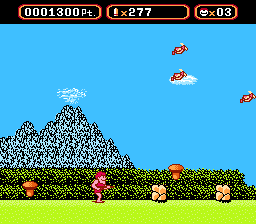 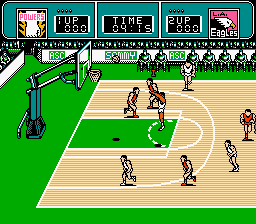