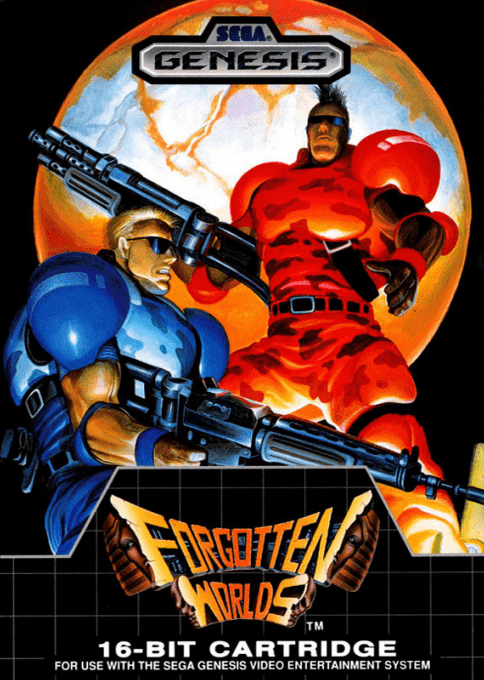 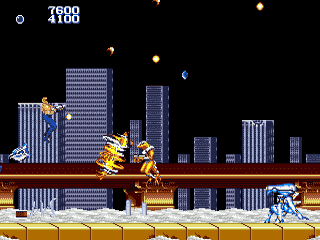 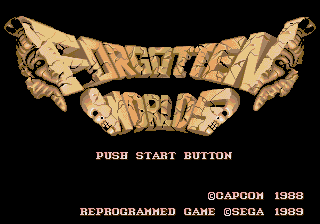 Forgotten Worlds features two characters known as The Nameless Ones, who both look like Arnold Schwarzenegger, one even has a mohawk. It's their job to rid the planet of the attacking aliens. Guiding your character around the screen as they fly with jet-packs, guns on full auto, you control a satellite which you rotate around your character for the direction in which your gun is firing. At the end of each level is a boss which needs to be killed to progress. Enemies that have been killed drop money. At the end of every level is a shop where you can buy weapons, armour, items and first-aid packs.