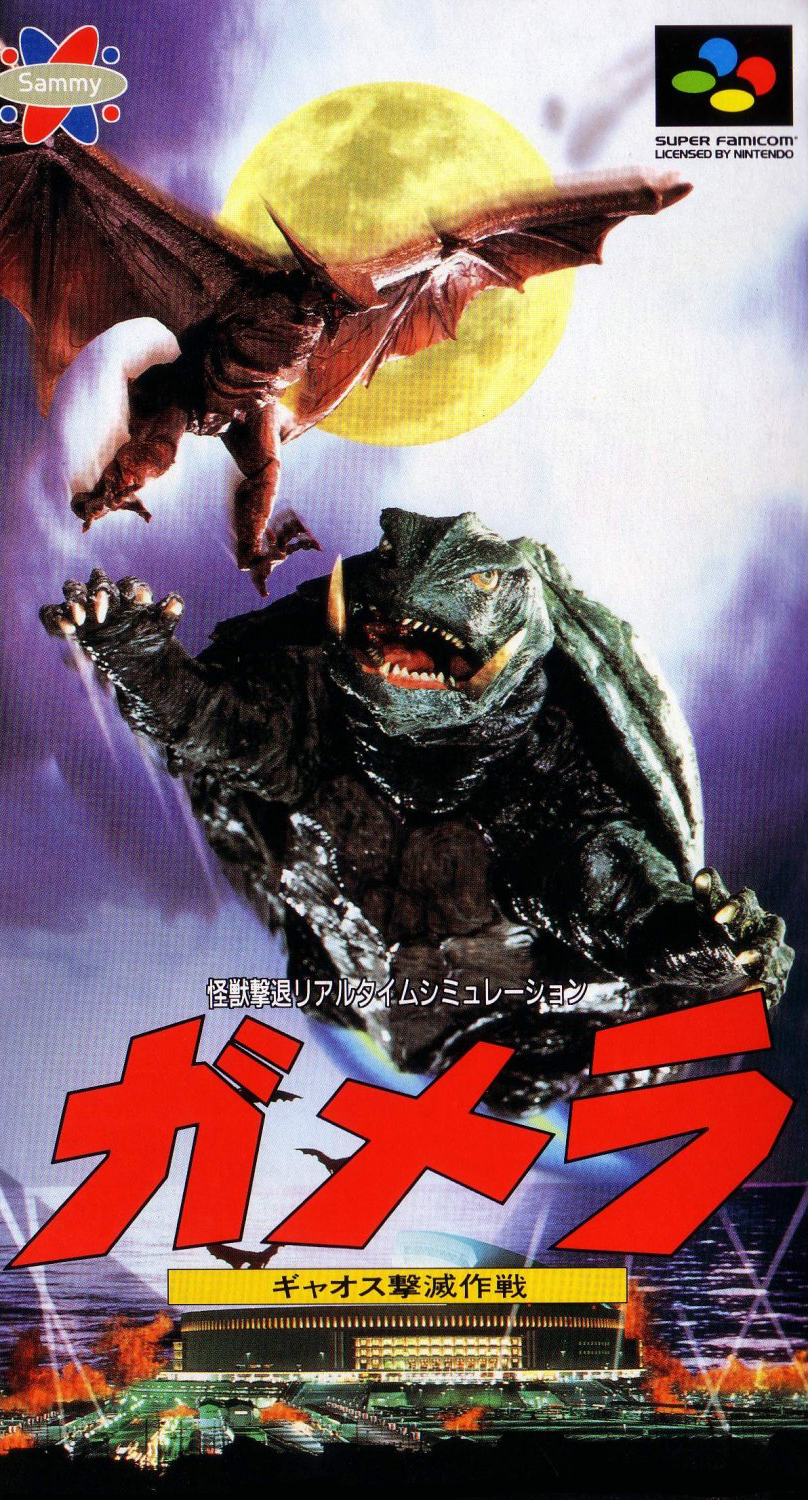 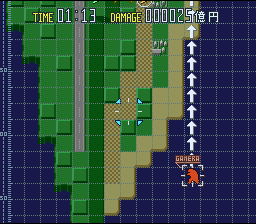 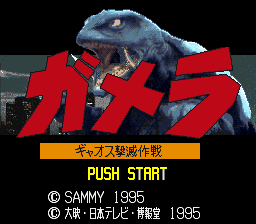 Gamera: Gyaos Gekimetsu Sakusen ("Gamera: Operation Destroy Gyaos") is a kaiju strategy game for the Super Famicom featuring the Daiei Film characters Gamera, a giant turtle with flame breath, and Gyaos, a giant pteradon that frequently uses sonic attacks. The two are frequent rivals, with Gamera often having to protect Japan from Gyaos's destructive sprees. The game was released to coincide with Gamera: Guardian of the Universe, a 1995 movie that reboots the mighty turtle kaiju and his origin story.In the game, both Gamera and Gyaos are presented as threats, and the player has to mobilize forces to repel the two kaiju away from populated areas in real-time strategy battles. The player has a base of operations on each map from which to deploy various units, from ground-based missile launchers and tanks to jet fighters. At any time, the player can switch from the top-down tactical view to an isometric perspective that displays the player's units and the kaiju in more detail.