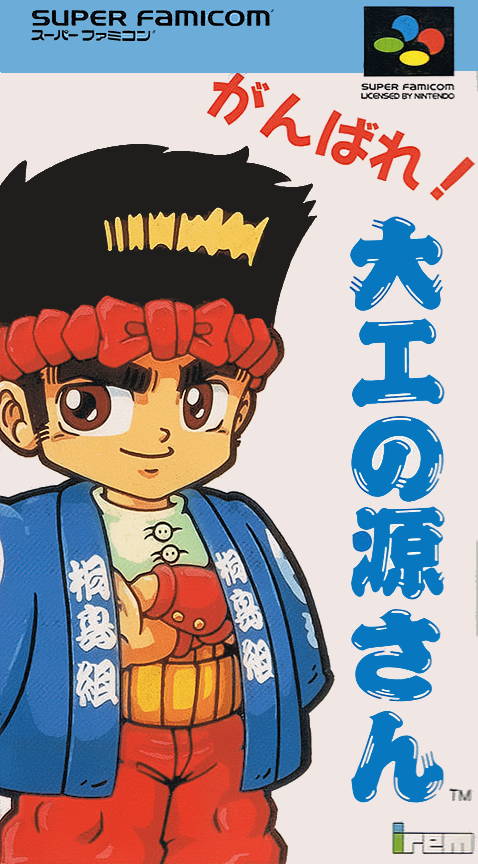 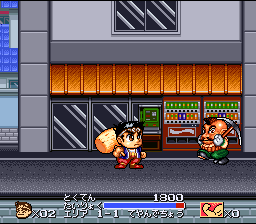 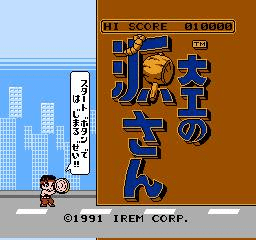 Hammerin' Harry and his friends have brought themselves a new house. They stand outside its front gate, watching it shine. They also watch a bomb fly past the house and destroy it. His friends are left devastated, and Harry seeks revenge on those responsible for the bombing. In Ganbare Daiku no Gensan, you must go through five stages (with two areas each), destroying workers that get in your way using your mallet. You can use it to perform two special attacks. One that sends fireballs going in all directions, and a more powerful one that sends shockwaves, destroying everything on screen. At the end of each area, a boss needs to be defeated in order to proceed to the next one.