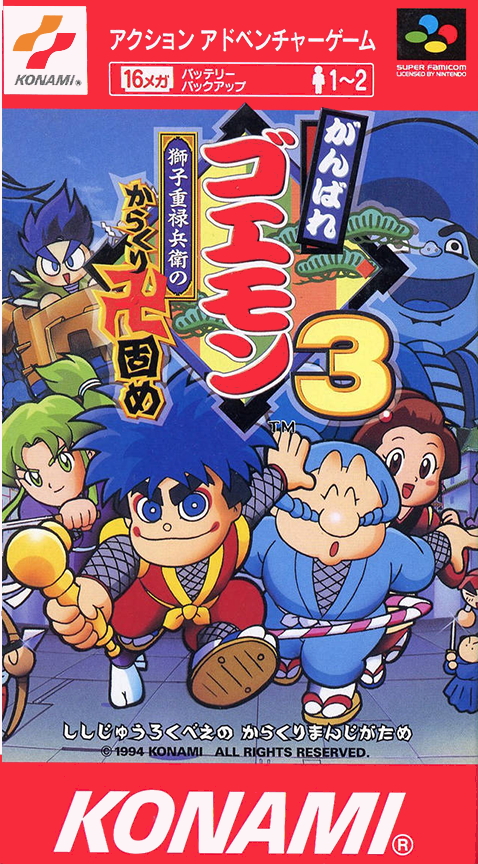 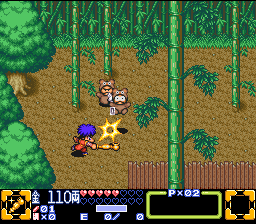 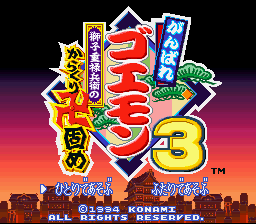 Third title in the Ganbare Goemon series of platform/adventure games which cast you as the heroic Goemon as he attempts to save feudal Japan from all sorts of wacky evildoers. This time around, a time-travelling machine threatens all of Japan and thus Goemon and co. must jump into the future to stop the machine. The game alternates between a top-down world map view in which your characters explore the gameworld and side-scrolling stages in which the main action lies. As in most games of the series there are also loads of mini-games and unique gameplay sequences such as maneuvering Goemon's giant mecha. The game continues the tradition of bizarre humor unique to the series, you can play as either Goemon or any of his 3 companions, Ebisumaru, Sasuke or Yae with each sporting unique weapons and abilities and also with their own dialogue options and cutscenes, which feature sitcom-like pre-recorded laughs for added wackiness.