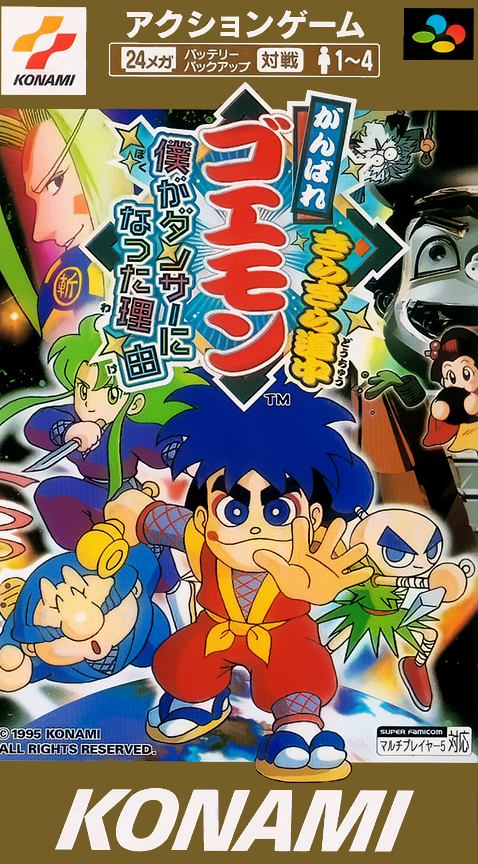 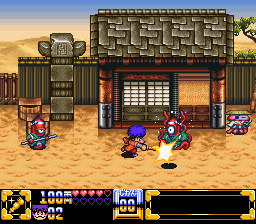 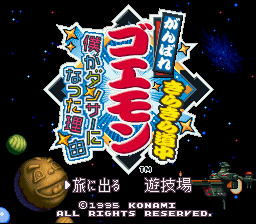 Fourth title in the Ganbare Goemon series of platform/adventure games which cast you as the heroic Goemon and his gang of wacky adventurers as he fights evil all over Japan. This sequel however, takes the action to outer space as the gang attempts to rescue Goemon Impact (Goemon's giant mecha) from a strange planet. The game is based around a stage-select hub from which you select which character you want to play as and then attempt to clear the game's many side scrolling stages in standard action platformer fashion, navigating the obstacles and defeating all enemies you run into with your weapons. Since each one of Goemon's allies got stranded on a different planet, you must take control of each one of them in order to clear the stages and recover the special ability unique to each character that must be later put to use to release Goemon Impact. As in other games of the series there are also loads of mini-games and unique gameplay sequences triggered in boss fights, bonus stages and special situations. These involve shooter sequences, racing & sport games and other assorted diversions.