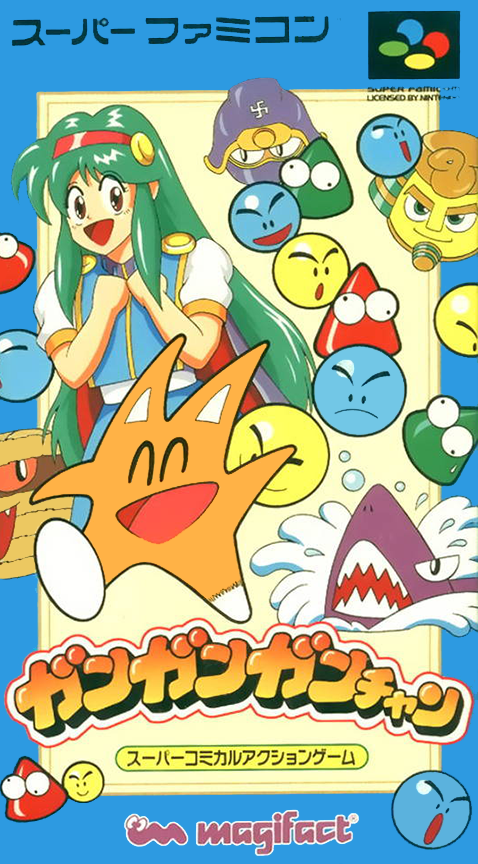 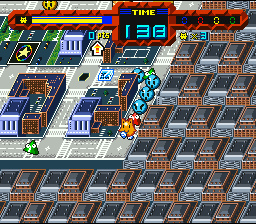 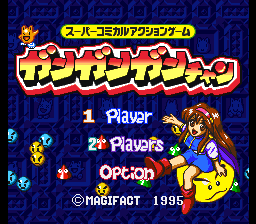 GanGan GanChan ("GanGan" is Japanese for a loud repeating noise, or the sensation of a headache) is a maze action game for the Super Famicom. The star-shaped hero GanChan has to rescue a number of creatures lost across grid-like stages while avoiding an ever-changing roster of enemies. Magifact is credited on the title screen as the publisher of the game, but the credits makes it clear that the programming and design were handled by the obscure group Team Mental Care. Team Mental Care also previously worked on the 1994 Super Famicom game Bastard!! Ankoku no Hakaishin for Cobra Team.