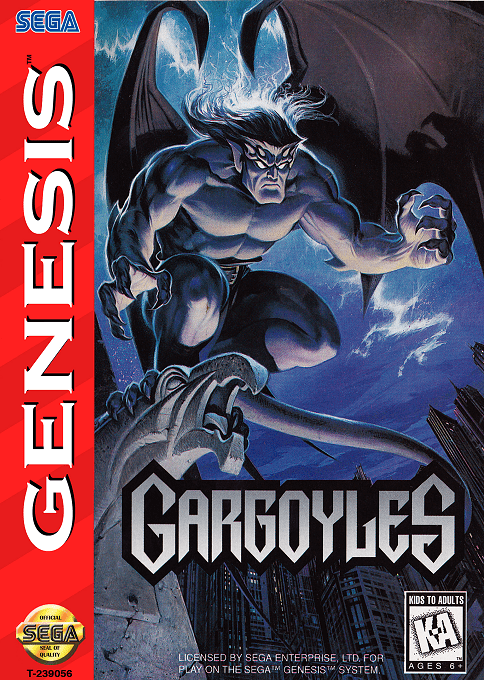 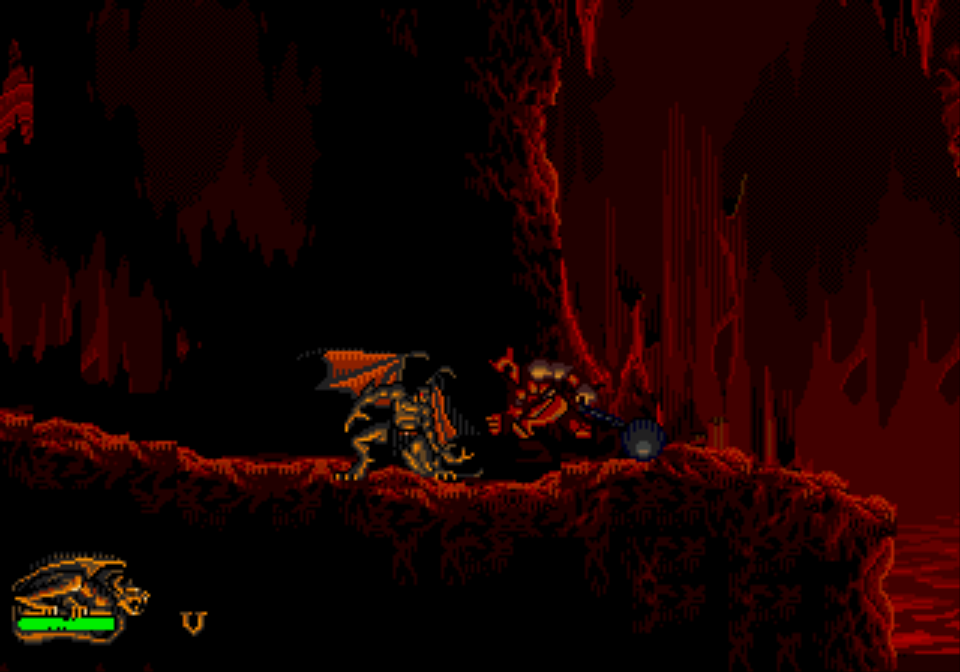 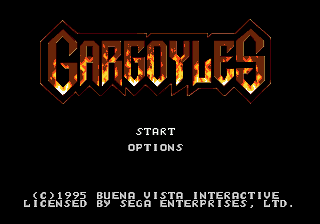 Gargoyles is based on the Disney Afternoon TV series of the same name that ran from 1994-1997. In this 18 level, side-scrolling platform game, players take control of the gargoyle's leader, Goliath, as he sets out to take on a looming threat that could mean the end of the world: an ancient and mysterious relic known as the Eye of Odin. When the sun sets, Goliath awakens to travel the world through 1,000 years of time to destroy this evil artifact, facing enemies ranging from vikings, to robotic foes such as Raptorbots, Spiderbots, and Waspbots. Throughout the adventure, Goliath can climb huge, gothic buildings to avoid enemy fire and projectiles, attack and claw foes in mid-air and on the ground, or somersault to break crumbling walls. 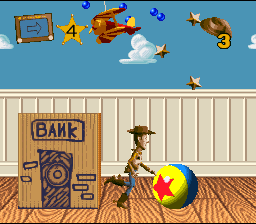