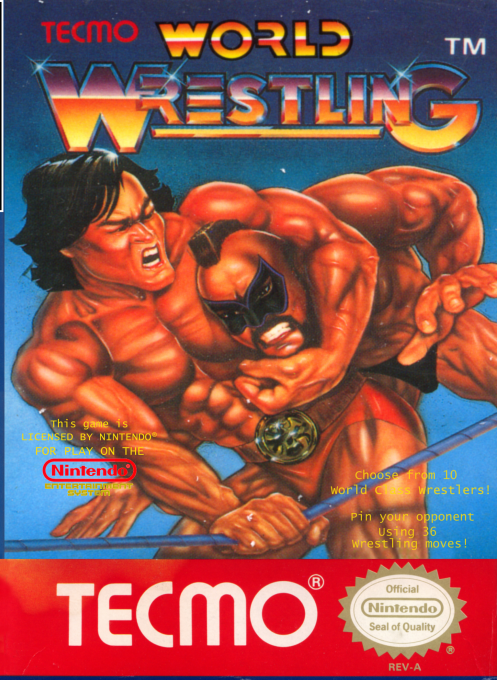 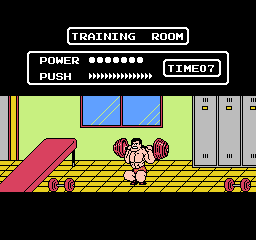 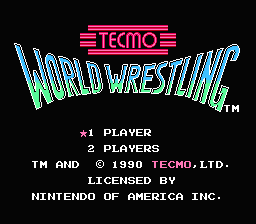 In Tecmo World Wrestling, you select from 10 fictional wrestlers and compete against the others for the coveted Tecmo World Wrestling Title. When your match begins you'll find you've got all the moves of the pros. You can run, climb to the top ropes, climb outside the ring, pick up your opponent, throw them over the ropes, pin them, and escape from a pin yourself. The wrestlers, such as "The British Star" Rex Beat and "The Technician" Dr. Guildo have a full assortment of professional wrestling moves and holds such as the Pile Driver, Shoulder Throw, Cobra Twist, as well as the ever-popular Slam the Guys Face Into the Metal Post maneuver. Before selected matches you'll be able to beef up you're wrestler's strength with three different exercises. The bottom portion of the screen is where the energetic announcer describes what is going on in the ring, move by move.