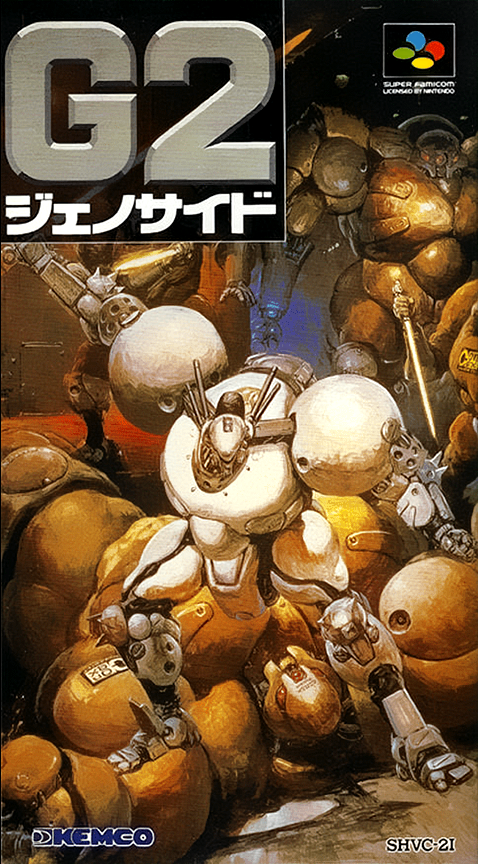 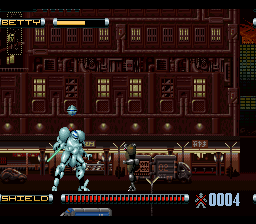 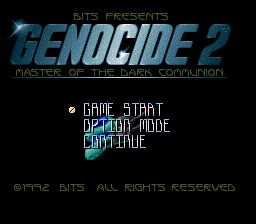 The world is still recovering from war. The mega-corporation CONEX has been spearheading the rebuilding process, but their true intentions are far from altruistic. By gobbling up their competition, and with the help of new weapons technology, CONEX is on the cusp of controlling the world. Only a hero from the last war can defy them and stop their plans of conquest. Genocide 2 is a modified version of the PC release. The player takes control of a ten meter tall robotic ninja: the Tracer. Its only form of attack is a sword, but it can hold several extra weapons, and always has access to the Betty. The Betty can be fired in eight directions, returns to the Tracer after being fired, and can block enemy bullets. The objective of each stage is to reach the end, and some stages require you to destroy targets along the way. Any items picked up by the player, or damage done to the Tracer, carries over between stages, and each stage records your fastest time for beating them. Aside from the visual downgrade, Genocide 2 also lost many minor enemy types and one mid-boss in the transition to the Super Famicom. The first stage was removed, and the first two levels of stage 2 were reversed. The Betty now can only be used for a limited time, and must recharge when its time has run out.