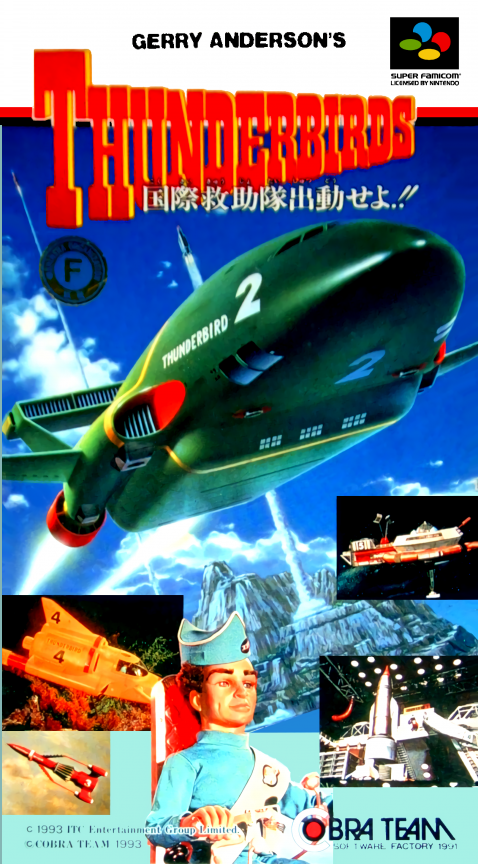 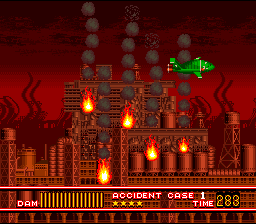 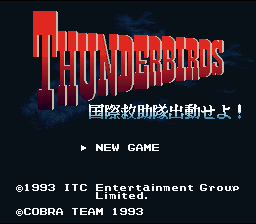 Gerry Anderson's Thunderbirds: Kokusai Kyuujotai Shutsudou Seyo!! ("Gerry Anderson's Thunderbirds: International Rescue, Roll Out!") is an action game from Nova Co. and Cobra Team, and is based on the TV show Thunderbirds. The game and TV show features an organization called International Rescue that quickly responds to disasters and emergencies across the world, through the use of five different high-tech vehicles each piloted by a different brother in the Tracy family. The family's patriarch, Jeff Tracy, organizes the team from back at their HQ on Tracy Island. The game features several different campaigns which requires different Thunderbirds vehicles with different approaches to solve each predicament. The game was released exclusively in Japan for the Super Famicom, despite being based on a UK property.