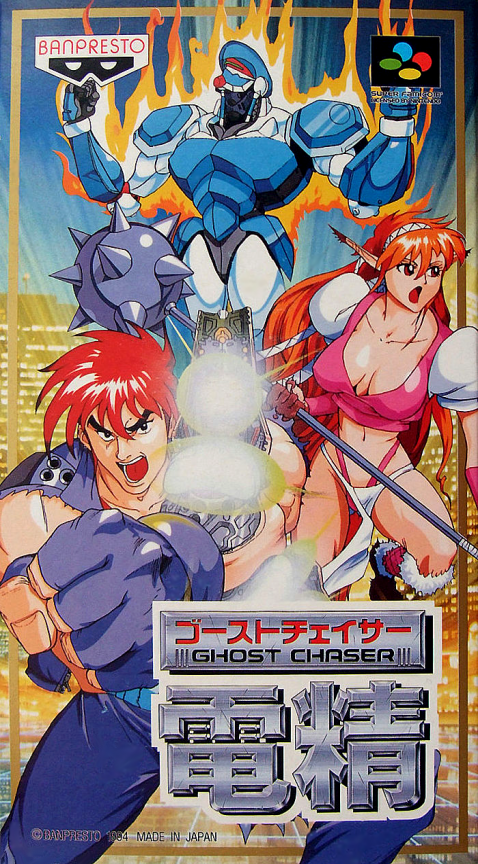 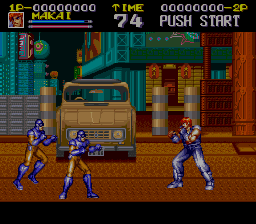 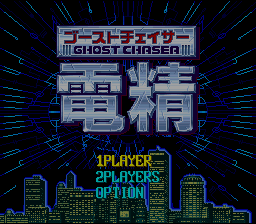 Ghost Chaser Densei doesn't take any dramatic departures from the standard scrolling-brawler plot-line. A city twenty minutes in the future must be saved from a terrorist organization, and between salvation and you is a long, straight line full of goons who must be punched. Aside from receiving orders from your boss before each level, and the quick conversation with a boss or rare NPC, the story won't attempt to get in the way of beat-downs. There are three playable characters in Ghost Chaser Densei: the martial artist Makai, the mace wielding cat-girl Iyo, and the autonomous robot Belva. Each has unique moves as well as the basic abilities of attacking, jumping, blocking, throwing, and using a special if attack and jump are pressed together. Unlike most brawlers these special moves deplete a recharging special bar, not your health. Makai can throw fireballs and do a flying kick in midair, Iyo can triangle jump and preform a spinning piledriver, and Belva can double jump and preform a grapple special. Characters also have a team up special if playing in two player mode. Enemies range from armored soldiers to lizard men to robots, but most break down into the same hierarchy: weaker types will rush at you while stronger types will shoot projectiles then rush at you. Each level ends with a unique boss with multiple short and long range attacks. 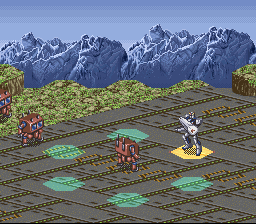 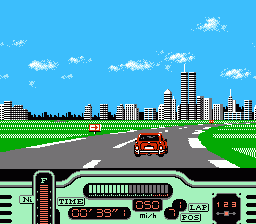