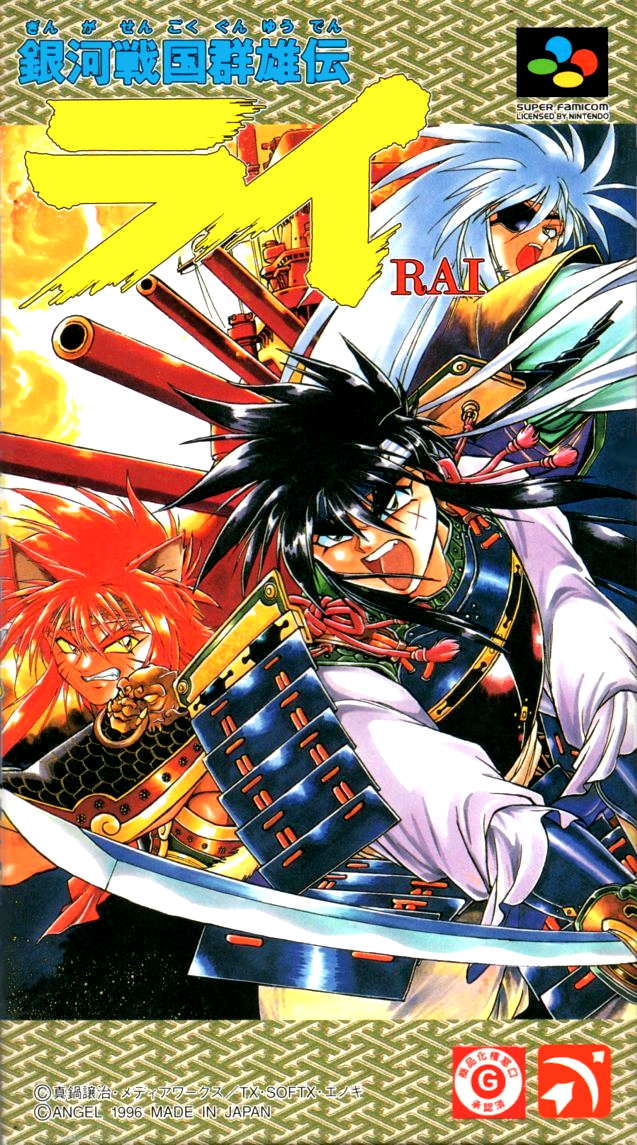 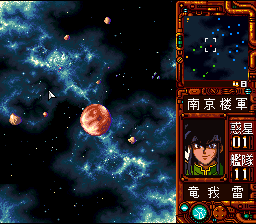 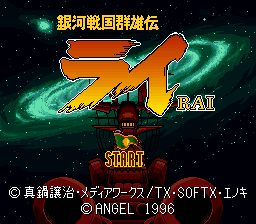 Ginga Sengoku Gunyuuden Rai (usually translated as "Heroes of the Galaxy Wars", but literally closer to "Galaxy Warring States: Legend of Rival Chief Rai") is a real-time strategy game based on the manga and anime of the same name, the latter of which aired the previous year and ran for 52 episodes. Angel, a subsidiary of Bandai, procured the license to produce a video game adaptation.The story concerns a galactic war that is presented similarly to the Japanese Sengoku (or Warring States) period of the 16th century, with various larger-than-life warlords competing for territory with the intent to unite the entire Milky Way under their rule.The game has the player select one of four major characters from the anime, each of which has a different starting location and resources to work from. The player gives orders for the planets and ships in their control. Instead of turns, every side moves their units simultaneously in real-time.