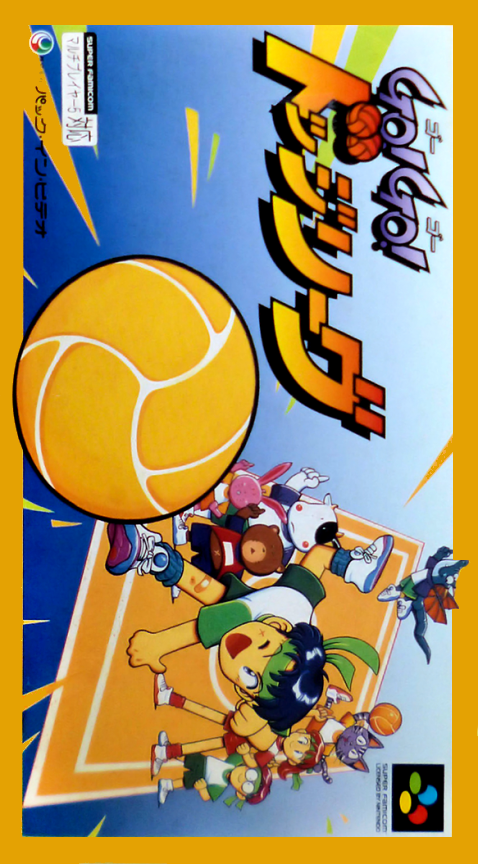 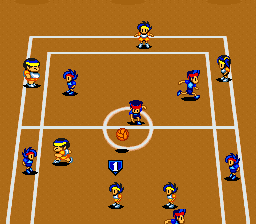 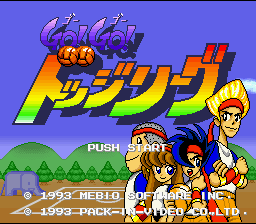 Go! Go! Dodge League is a dodgeball game for the Super Famicom put out by obscure Japanese developer Mebio Software and published by Pack-In-Video. The player can choose between several different teams, all with their own distinctive look, stage and special dodgeball attacks. There are exhibition and tournament modes, including an elimination challenge. The game can also support up to four players with a MultiTap peripheral, with many different variations for teams (2 Humans vs 2 Humans, 3 Humans vs CPU, 3 Humans vs 1 Human, 4 Humans vs CPU, etc.).