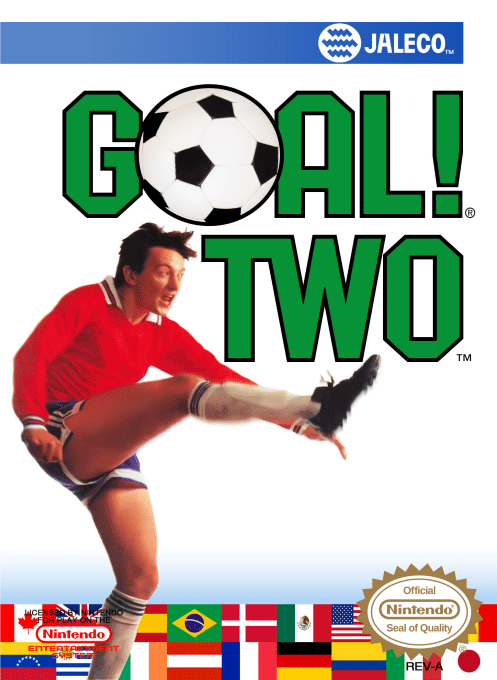 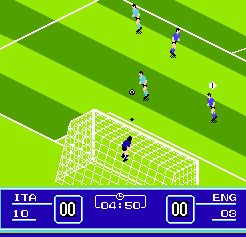 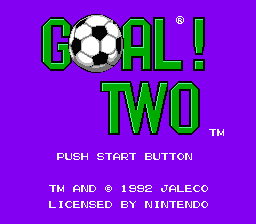 Goal! Two is the sequel to Goal!. It is a football/soccer game for one or two players and changed the top-down perspective from the first game to an angled overhead point of view with a scrolling screen. Play modes include a single-player "Super Cup" tournament and several single-game options, including two players against the CPU. Eight additional teams have been added, increasing the roster to 24, but some club teams have been taken out. The game modes include Exhibition Match and Super Cup (tournament). The 2-on-2 Shootout mode from the previous game has been removed. A new ability allows the player to choose 11 players from a squad of 15, with different characteristics.