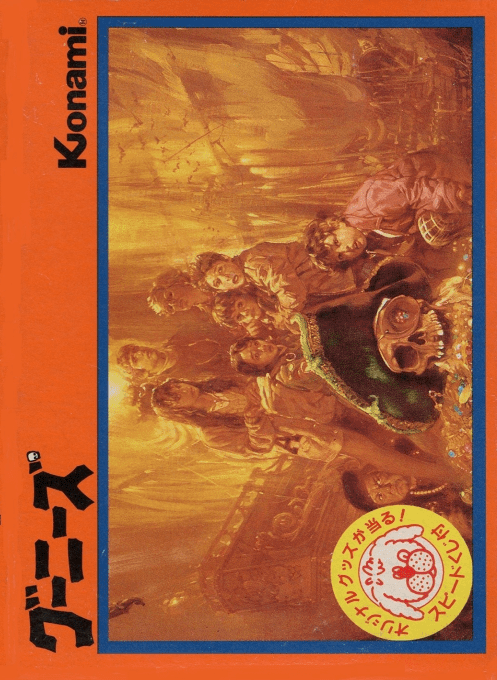 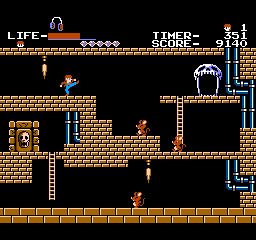 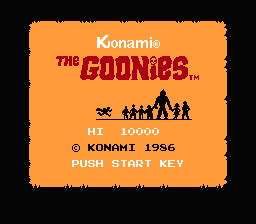 The Goonies is based on a movie of the same name from 1985. A group of youngsters from a neighborhood called the "Goon Docks" are trying to find the lost treasure of One-Eyed Willie to prevent the foreclosure of their houses. Unfortunately, the treasure is buried under the hide-out of the infamous Fratelli gang, a family of ruthless criminals who are on the run from the law. You play as the asthmatic Mikey, who must find the treasure and save the other Goonies before time runs out. The game consists of six levels. In each level, you must collect three keys to advance to the next area. These can be found by blowing open doors with bombs that are dropped by enemies. Also hidden behind doors are power-ups and other Goonies to rescue. Trying to stop you are enemies such as rats, skeletons, and even members of the Fratelli Gang. Bonus points can be gained by picking up diamonds and other valuables, rescuing the other Goonies, or by dispatching enemies with your slingshot or kicking them. Unlike the sequel, the Famicom version was never released outside of Japan.