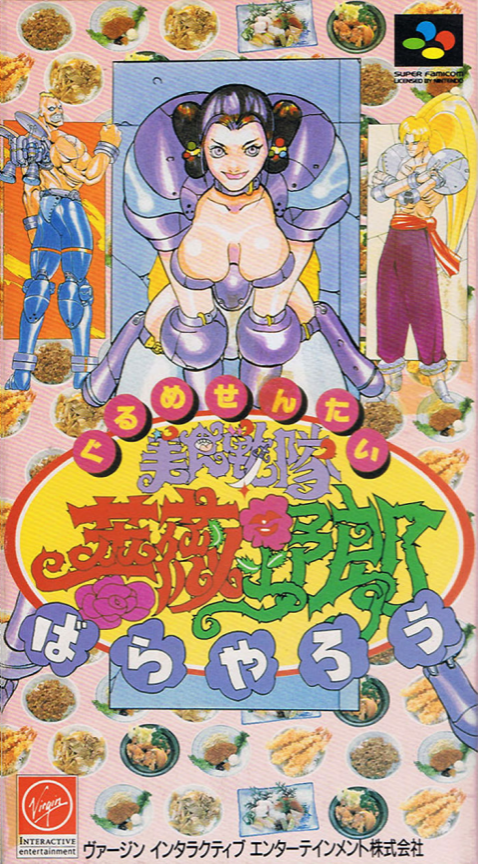 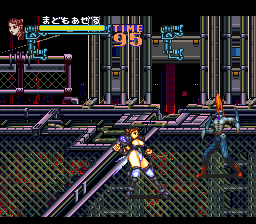 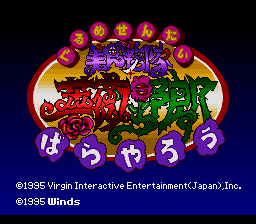 In Gourmet Sentai: Bara Yarou the player picks from three characters: Bonjour, Mademoiselle, and Très Bien. Each has slightly different movesets to use on downed or stunned opponents, but each posses the punch, throw, and jump usual for belt-scrolling brawlers. The characters must get past several minor enemies on each level before fighting a stronger boss at the end. Each enemy will drop a cooking ingredient when defeated, and at the end of each level two ingredients can be combined to make a meal that will restore some health based on if the chosen character likes it or not. Environments range from slums and palaces to high speed trains and space ships, but in general there is not much continuity between different areas.