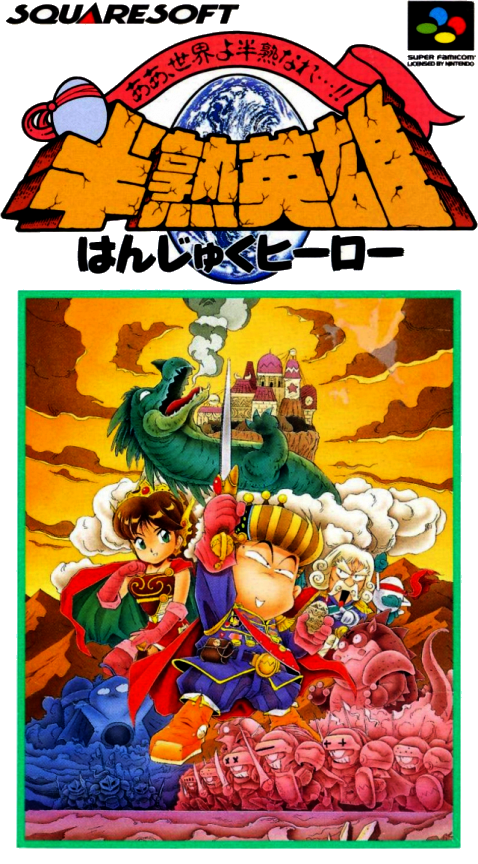 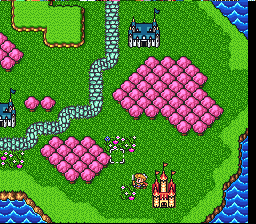 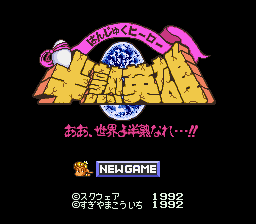 Hanjuku Eiyu is set in a semi-comical universe called the Egg World, populated by two nations: Hanjuku and Kanjuku, or soft-boiled and hard-boiled eggs, respectively. You take the role of the commander of the Hanjuku army, and your goal is to guide it successfully through a series of events (called "tales"), capturing enemy castles and defeating the bosses of the Kanjuku army. This is a real-time war strategy game. The game time is divided into months, each month taking a few minutes of real time. You control the hero and his generals, each one commanding units of foot soldiers. You send your army commanders through the world map to capture enemy castles. Once all the castles are captured, a new construction appears on the map, where the level boss resides, and your final goal in the chapter (tale) is to defeat this boss. Once you run into an enemy, an automatic battle sequence occurs, which you can interrupt, assigning commands to your army. Both Hanjuku and Kanjuku armies can summon powerful creatures called Egg Monsters, who can fight against a whole army or against each other in turn-based combat. Each month a "monthly event" occurs, such as changes in the land, earthquake, etc. Random events also pop out, during which you can buy supplies for your army.