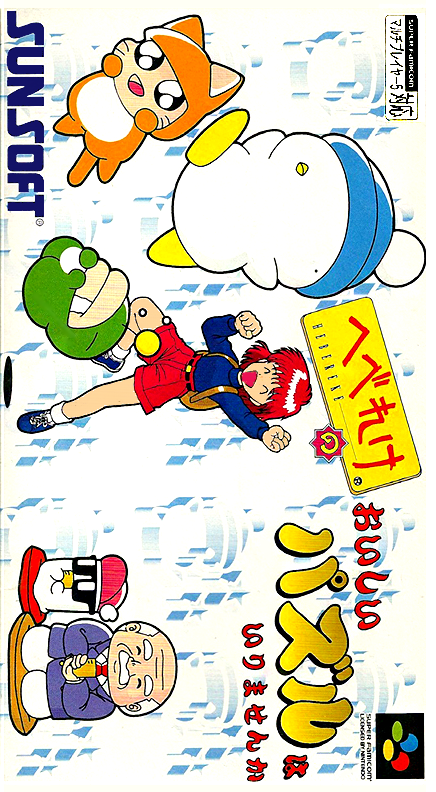 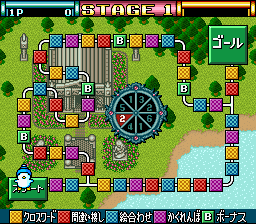 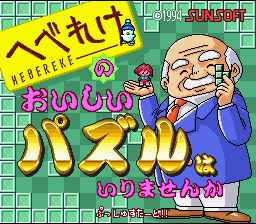 A multiplayer party game in which players have to make it to the end of the board completing mini-games as they go. These mini-games include: completing crosswords; identifying a specific variation of a character (e.g. spiky ears, different coloration) within a sea of clones; identifying differences between two similar pictures; completing jigsaw puzzles; and others. In the single-player mode, the player has to successfully complete these puzzles before the time limit expires, otherwise they'll lose a life. The game features SunSoft's menagerie of Hebereke mascot characters first introduced in the NES game Ufouria: The Saga. The four characters of that game - Hebereke (Bop Louie), O-Chan (Freeon-Leon), Sukezaemon (Shades) and Jennifer (Gil) - are joined by a human friend for the multiplayer mode. Other Hebereke characters cameo in the mini-games.