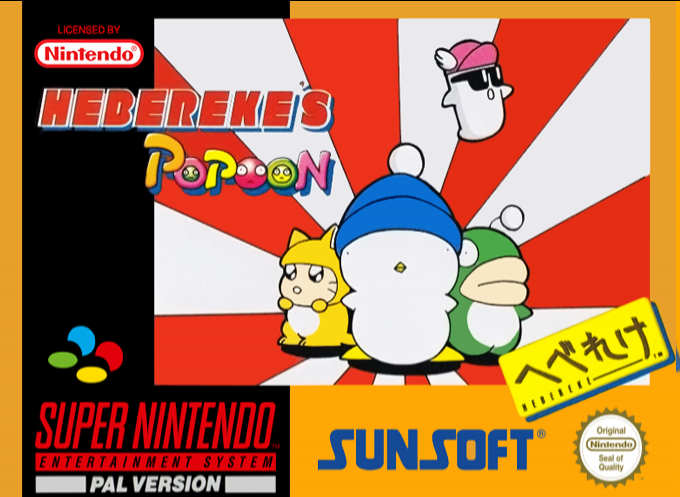 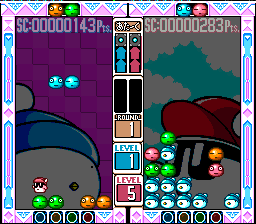 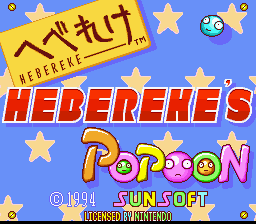 Hebereke's Popoon is a block-grouping game closer in style to Dr. Mario than Tetris. There are eight playable characters, each having different abilities. In one-player mode, the player is forced to choose Hebereke and must play against Oh-Chan. After defeating Oh-Chan, the player is allowed to choose between Hebereke and Oh-Chan in the next match against Sukezaemon, and so on, until the player has "unlocked" all the characters. Each match consists of a single-round. A defeated player may elect to resume play by using a continue. In two-player mode, all characters are immediately available to either player and each match is the best of three rounds. Players can also select a handicap level (from 1 - 5) to increase or decrease the difficulty of the game.