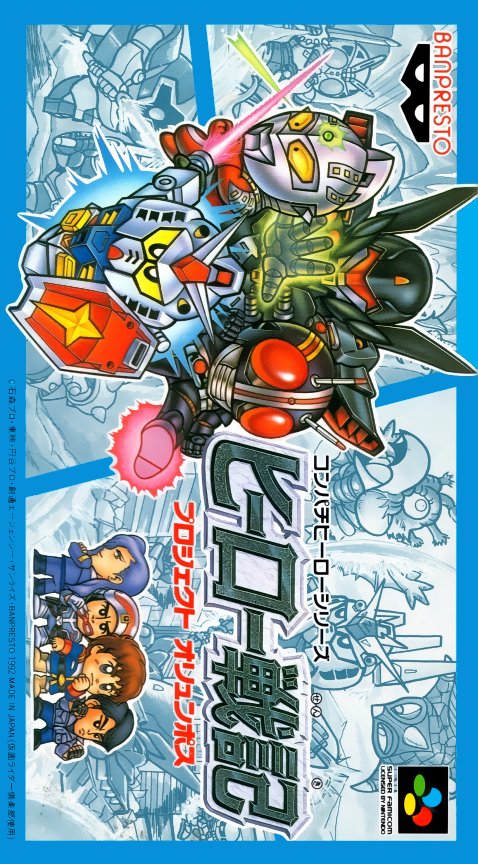 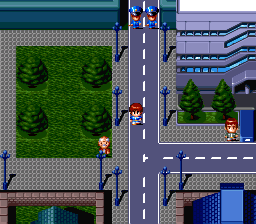 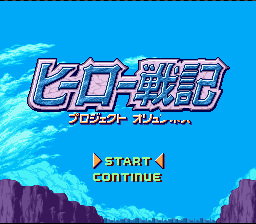 Part of the Compati Hero Series of games that feature cameos from the Gundam, Kamen Rider and Ultraman franchises as super deformed characters of relative size. The series also ties in with the Super Robot Taisen (Super Robot Wars) series of crossover anime mecha RPGs. The game introduces the Gespenst and other narrative elements of the game are frequently referenced by modern Super Robot Taisen games.The game is a traditional turn-based RPG. The party of playable characters consists of Amuro Ray, Dan Moroboshi and Kotaro Minami (Kamen Rider Black) of the Gundam, Ultraman and Kamen Rider franchises respectively. The characters can attack normally with weapons or fists or, instead of magic, the characters use some of their "technical power" to perform stronger laser attacks.