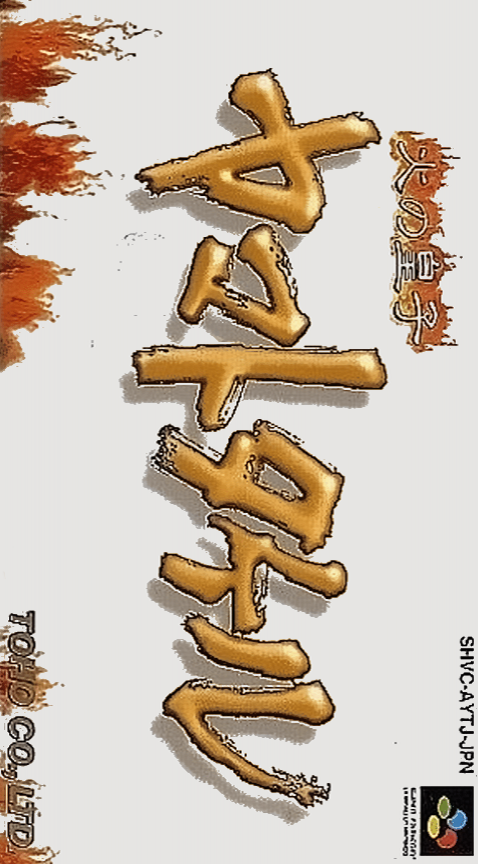 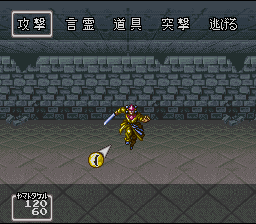 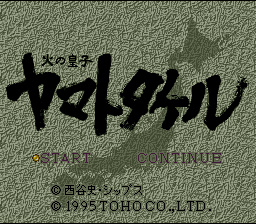 Hi no Ouji: Yamato Takeru ("Prince of Fire: Brave of Yamato") is a turn-based RPG based on the legend of Prince Ousu, or Yamato Takeru, who lived in the 1st century CE. It plays like a traditional top-down Japanese RPG, where the player can form a party, meet NPCs and fight creatures in turn-based battles in a separate view mode that emphasizes the monster models.nnnnThe game is specifically based on a fantastical reimagining of the Yamato Takeru story that was the basis of a kaiju movie in 1994, released in the US as Orochi: The Eight-Headed Dragon. The movie's producers, Toho Company, also published this game. They hired Multimedia Intelligence Transfer to develop the game, the company best known for creating Shin Megami Tensei spin-offs for Atlus.nnnnAfter a confusing incident that causes Prince Ousu to kill his older brother after the latter briefly flies into an uncontrollable rage, the Prince is sent away by his father - the Emperor - to rein in his destructive powers and redeem himself by taking down the barbarians living in the Kumaso region. In addition to this task, Prince Ousu has to face the Yamata no Orochi dragon, the Kumaso barbarians' god Kumasogami and the antagonistic deity Tsukuyomi with the help of companions Susano-o and Ototachibana.