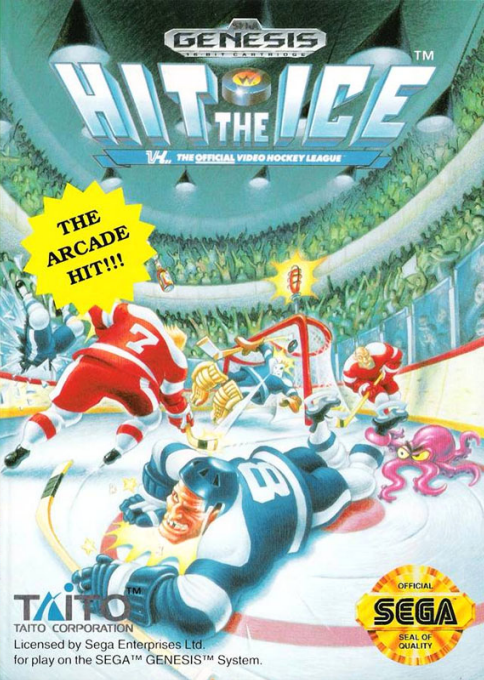 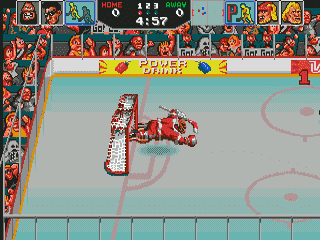 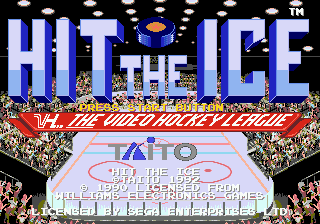 Hit the Ice is a fast-paced, high-impact hockey game based on the 1990 arcade game from Williams. Having more in common with Midway's Arch Rivals than any sane hockey simulation, this arena is no place for penalties, and no place for wimps. While the idea is still to somehow put the puck into the opposing team's goal, each team only has three players, there is a heavy focus on checking, and it is possible to do a "super shot" which is strong enough to send the goalie into the net along with the puck. Available are exhibition and tournament modes for one or two players. Two players can even team up to take on the computer. The TurboGrafx-16 release also adds a four-player mode, while the Gameboy version adds a "shot race" mode where the player must get a certain number of goals as quickly as possible.