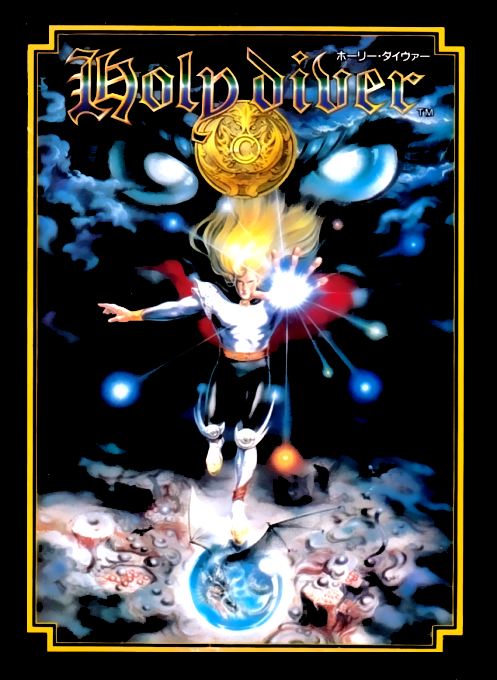 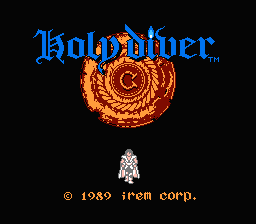 Randy, the Holy Diver, is setting out to retrieve the five emblem seals belonging to the King Crimson Family in order to expel the greatest evil, the Black Slayer, back into another dimension. Holy Diver is an action game much in the vein of Castlevania. The player controls the Diver as he uses magic powers such as shooting energy balls and freezing time to traverse the game's eight levels. Enemies throughout the levels respawn and there are destroyable objects in your path. At the end of each level a tougher boss character must be beaten. Once defeated a power-up spell becomes available to the player. To use these spells the player must pause the game and select it from the inventory menu. The player has the ability to shoot horizontally as well as up. Difficult paths may sometimes be crossed by the combination of the right spell at the right time such as the freezing spell that freezes quicksand. Though scheduled for release in North America, the game never went beyond its release in Japan. 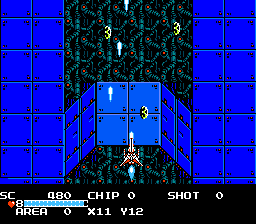