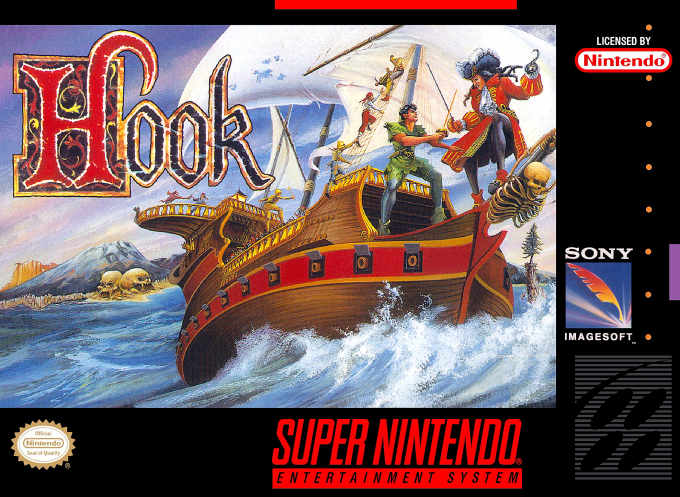 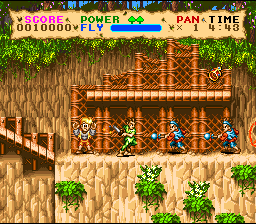 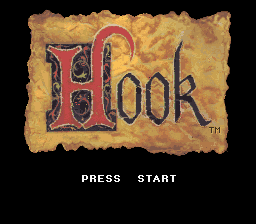 In this video game adaption of the Steven Spielberg film Hook, the player takes the role of a grown-up Peter Pan, whose kids have been kidnapped by Captain Hook. Tinker Bell takes Peter back to Neverland where he must again become Pan and reclaim his children. This particular interpretation is a side-scrolling action game, in which players must hack their way past Hook's denizens through 11 levels. These include forests, icy regions, and towns which Peter will have to jump, climb, and swim through. Magic items such as apples and pixie dust can be collected for special powers. When enemies are attacked, they simply put their hands up in surrender rather than dying, so as to make the game more child-friendly.