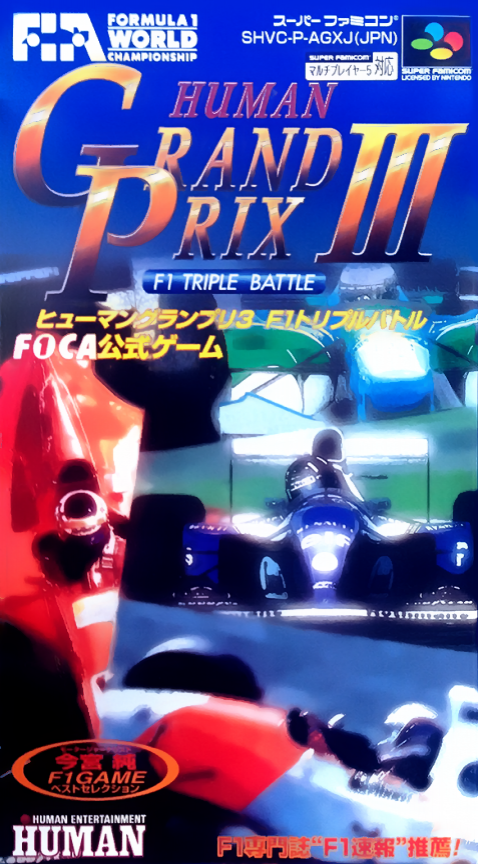 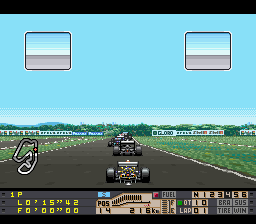 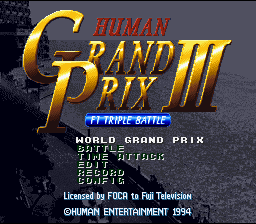 Human Grand Prix III: F1 Triple Battle is a Formula One racing game for the Super Famicom. It is the third of four Human Grand Prix games for the system. It has the licenses of FOCA and Fuji TV: the former allows the game to use actual driver/team names while the latter is the official Japanese TV carrier of the Formula One races. Like its precedents, F1 Triple Battle uses Mode 7 and a low perspective for its racing. Unlike the previous two games in the franchise, this game only saw release in Japan; though all text in game is in English.