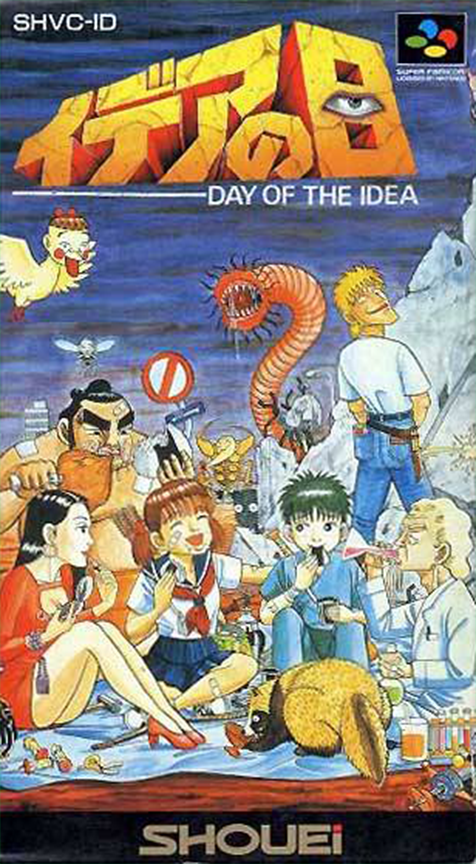 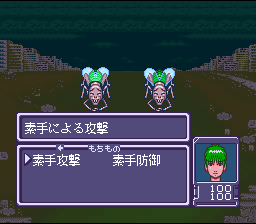 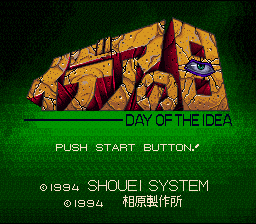 Idea no Hi ("Day of the Idea") is a surreal turn-based JRPG from Office Kukan and Shouei System. The manga artist Koji Aihara penned the story and worked on the character design. The protagonist is a player-named boy who escapes from a laboratory after awakening to his psychokinetic powers. His quest takes him across a dystopian world, picking up allies along the way.nnnnThe game has a few novel ideas, like allowing the protagonist to crossdress (which changes their profile picture) or wear underwear on his head, the latter of which results in people treating him like a pervert, which has a few beneficial side-effects. The protagonist has a "limit break" style attack when low on health, and the game has a day/night cycle.nnnnKoji Aihara also worked on the 1992 JRPG Maka Maka (also by Office Koukan). His satirical and bizarre touches permeate Idea no Hi as well.