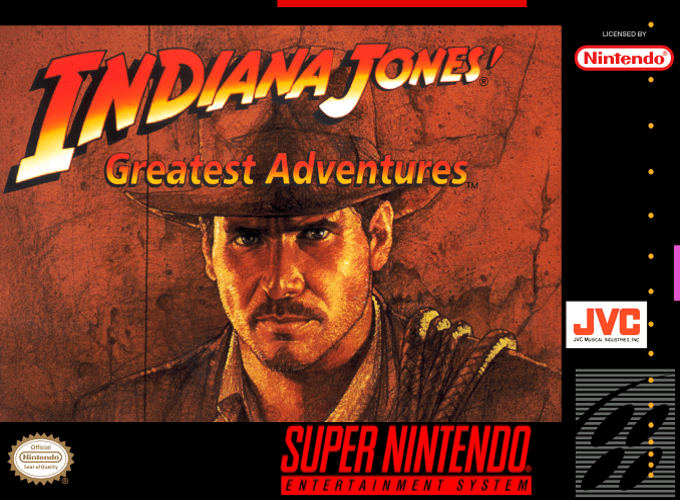 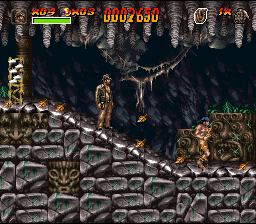 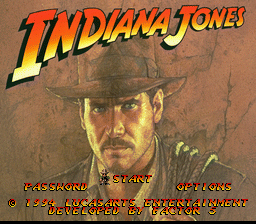 Indiana Jones gets the Super Star Wars treatment for SNES. The title consists of platform levels from the first three Indy films: Raiders of the Lost Ark, Temple of Doom, and Last Crusade. Players get to use Indy's trademark whip, as well as guns, grenades, and his fists to get through the game. Indiana Jones Greatest Adventures also features special levels such as running from the giant boulder (Raiders), the Mine Cart chase (Temple of Doom), flying a biplane (Last Crusade), and fighting a Nazi commander on a tank heading off a cliff (Last Crusade). The game is highlighted by selections from the John Williams score, and includes sound effects, digitized speech, and image captures during cutscenes. 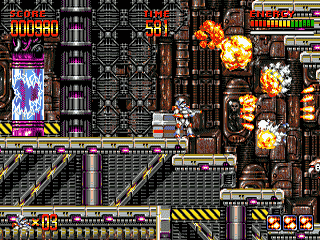