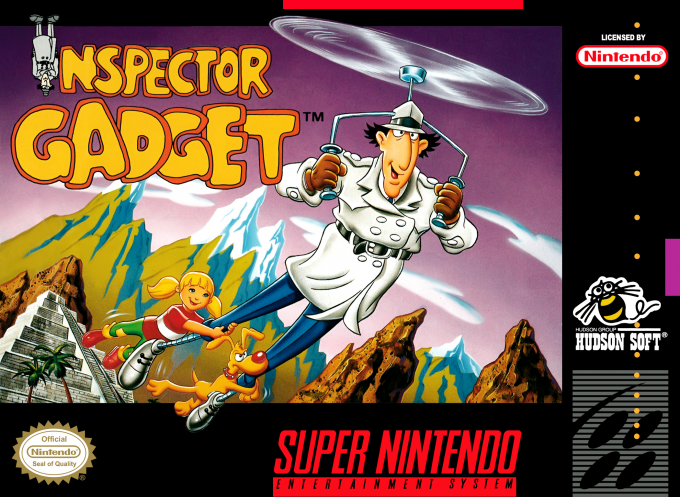 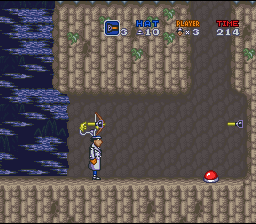 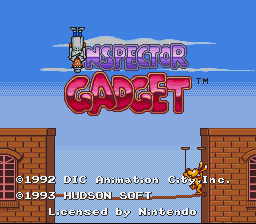 Inspector Gadget is on yet another mission against the evil Doctor Claw and his army of M.A.D. (Mean And Dirty) agents. This time it's personal because Doctor Claw has captured Gadget's niece, Penny. With the help of his trusty dog, Brain, and his suit full of special gadgets, Inspector Gadget must save Penny and defeat Doctor Claw and his minions! Gadget will start in a haunted castle in England, and from there, he will travel to many places around the world while pursuing Doctor Claw. On the way, he will be confronted by Doctor Claw's agents, and the only way to get by them is to use his gadgets and items against them. Gadget can attack his enemies by using his punch (up, left right) and kicks which he is already equipped with. Several items he picked up can be used as weapons: Bombs - throw at enemies Red Propellers - to be used against aerial enemies Offensive Arrow - shoot at enemies Little Inspector Gadgets - little robots that will run at and damage enemies. If Gadget gets hit, he will lose his overcoat, leaving him in his boxers! In this state, he will lose a life if he gets hit again. To prevent this from happening, pick up an extra overcoat that he can change into. Other items include: Hands - comes up from Gadget's hat and will grasp onto rings Suction cups - shoot at walls and have Gadget climb up them Hats - used as energy source for certain gadgets