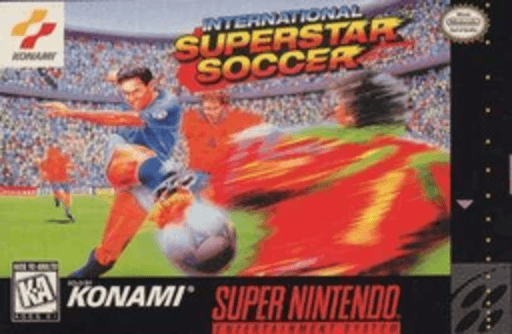 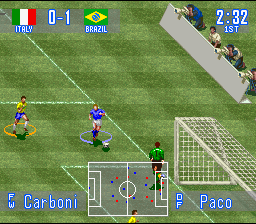 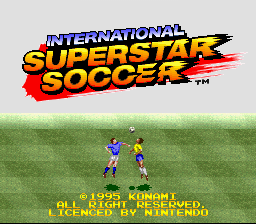 International Superstar Soccer is a soccer game for the SNES and the first in the ISS series. The game features a number of game modes: Open Game (with 0, 1, or 2 players), International Cup, World Series, Training, Scenario, and Penalty Kick. The Game features 26 national teams from all over the world which include line-ups as seen in the 1994 FIFA World Cup. The Scenario mode lets you play the second half of a match with specific goals, usually winning the game. Some of the scenarios are based on real matches played in the 1994 World Cup.