Itoi Shigesato no Bass Tsuri No. 1 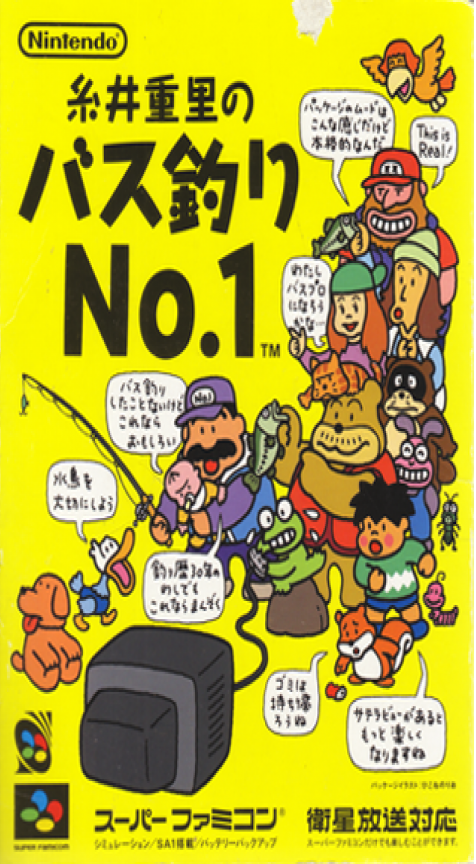 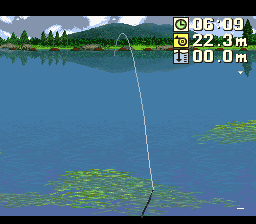 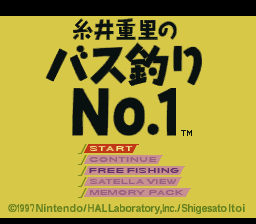 Itoi Shigesato no Bass Tsuri No. 1 ("Shigesato Itoi's Bass Fishing No. 1") is a bass fishing game for Super Famicom and N64. The game is a realistic angling simulator, with accurate fishing rod physics and cutaways of digitized photos for NPCs, though it does also include anthromorphic characters as other anglers. The player can take part in the story mode, which sets goals for the player to accomplish as part of the BAC (Bass Angler's Club), or a free-fishing mode that lets the player customize various options beforehand like the time of day, the weather, or the season. Depending on these factors, fishing at different parts of the lake will produce different results. The game was designed by Mother/EarthBound creator Shigesato Itoi, who also lends his name to the game. As well as a 2000 N64 port which was dubbed the "Definitive Edition", the game was also available on the Super Famicom's Satellaview service in eight distinct episodes. This version of the game was also used in nationwide competitions for the best fishing haul.